Triet congratulated Ilyumzhinov on his election as the President of the federation. He thanked FIDE for helping the Vietnamese Chess Federation in recent years and hoped the organisation would continue to support the country in training chess players.

He also thanked Ilyumzhinov for boosting ties between Viet Nam and Kalmykia, a republic of the Russian Federation, by establishing the “Vietnamese Village” (a housing project designated for Vietnamese workers in Kalmykia) when Ilyumzhinov was president of the republic. (Source) 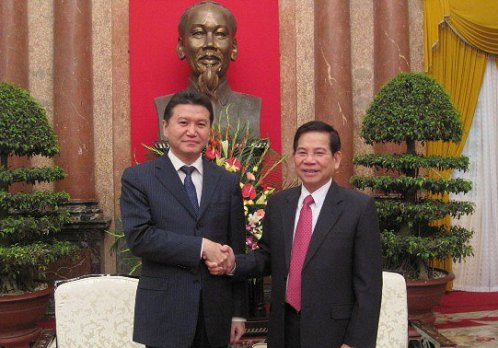