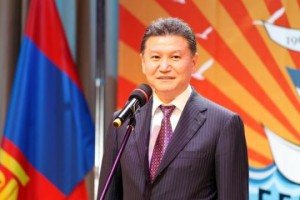 FIDE and Kirsan Ilyumzhinov have concluded a Settlement Agreement, which was approved by the FIDE Ethics Commission and by the CAS Panel.

The FIDE Ethics Commission found that on numerous occasions during the period March 2017 until April 2018, and whilst on the OFAC sanctions list, Mr. Ilyumzhinov acted in a manner incompatible with his duty to put the interests of FIDE above his own personal interests and in defiance of valid decisions of the FIDE Presidential Board by inter alia seeking to exercise powers which had been delegated to the FIDE Deputy-President, seeking to discredit members of the FIDE Presidential Board, making untrue or provocative public statements and refusing to resign following the closure of FIDE’s bank accounts, and in so doing created confusion and instability within FIDE and further inflicted serious reputational, operational and financial harm upon FIDE and brought FIDE and the game of chess into disrepute.

The immediately effective suspension was one of 6 months, commencing on 13 July 2018 and ending on 12 January 2019.

On 2 August 2018, Mr. Ilyumzhinov filed his Statement of Appeal against the decision of the FIDE Ethics Commission to the CAS.

On 21 December 2018, the Settlement Agreement between Kirsan Ilyumzhinov and FIDE submitted to CAS on 28 November 2018 was ratified.

According to the ratified Agreement, FIDE agrees to reduce the suspension imposed on Kirsan Ilyumzhinov to a period starting on 13 July 2018 and ending on the day of issuance by the CAS of a Consent Award, ratifying this Settlement Agreement and incorporating its terms into a Consent award. Both Kirsan Ilyumzhinov and FIDE agree that all other aspects of the FIDE Ethics Commission’s decision in the case no 2/208 remain unaffected, ie that the ruling of “guilty” stands.

By this Agreement the Russia-dominated FIDE provided some degree of satisfaction to former FIDE President, another Russian, and saved the spending on legal costs.

It remains noted that the actions of Kirsan Ilyumzhinov led to the closure of FIDE’s long-standing accounts in Switzerland. Three months after entering office, the new leadership of FIDE is still due to fulfill the election promise and open the bank accounts to re-establish regular operation.

Another huge scandal of Kirsan Ilyumzhinov was an attempt to seek re-election as FIDE President by including a fake American “Glen Stark” in his running ticket. This daring stunt was busted by the research of Chessdom.com, which effectively ended Ilyumzhinov’s presidential ambition, prompting the Russian government to bring out a fresh candidate Arkady Dvorkovich and compensate the lost time by providing much greater financial and political support for the elections.

The architects of the Glen Stark and other affairs, Berik Balgabaev and Willy Iclicky, were incorporated into Dvorkovich’s team and even awarded the seats in the controversial super-body FIDE Management Board.