Sergei Tiviakov and Aravindh Chithambaram drew their game after three hours of play, a result that confirmed that Tiviakov would successfully defend his title and in doing so become a three time winner of the KL International Open.

But for young Chithambaram, it was also a fantastic result as with the draw the 14 year old IM-elect remained unbeaten and also achieved his second GM title norm.

So in first place is Tiviakov with 7/9, and in second to eighth places on 6.5/9 are Chithambaram, the also unbeaten M.K. Venkatesh, Nguyen Duc Hoa, Dzhumaev Marat, Haridas Pascua, Nguyen Anh Dung and Andika Pitra.

Many players will continue the Asian tour by participating in the 14th Bangkok Chess Club Open. 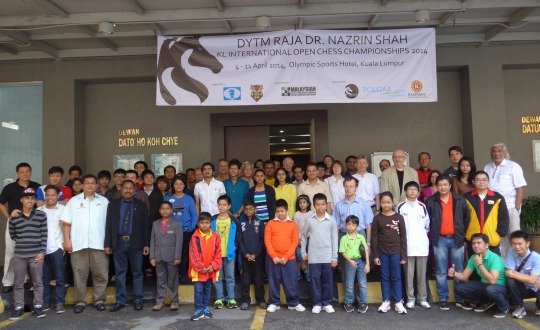