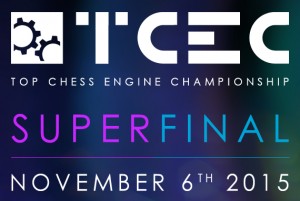 The strongest chess match in history – Season 8 Superfinal between the current TCEC chess engine champion Komodo and the challenger Stockfish – has begun this Friday. (read more about the Superfinal)

Komodo started with brilliancy right from game 1. In a slightly better position after a Semi-Slav (6.Qc2 Bd6 7.g4 Nxg4), Komodo outplayed Stockfish. The eval of Komodo jumped to +1,57 at move 26. b3 , just a move before Stockfish realized the coming trouble. With this full point Komodo takes the lead in the match that will consist of 100 games, to be played 24/7 on the official website of the TCEC competition

Komodo is playing with the updated and strengthened 9,3x version, while Stockfish is with its “lazy-smp” improvement for multiple cores.

Authors of both engines joined the chat with the TCEC fans and once more showed mutual respect and sportsmanship. Mark Lefler (Komodo) noted that he is happy for Komodo’s victory at the start, but added that there are things he wants to see improved, “It seems most of the time when we try to force Komodo to use more time, it tests bad. But I still dislike how fast it moves in the opening.” Lefler also commented on the opponent, praising their work, “[…]recent testing has shown a big ELO gain for Stockfish. You […] have done great.” Marco Costalba (Stockfish) replied, “The ELO gain is due to lazy-smp but is possible to see only with many cores […] there have been also some other small patches […] a series of small improvements as usual. Regarding single core, lately we applied some patch on move ordering, history tweaks, countermoves”

The Top Computer Engine Championship (TCEC) is in its Season 8. Organized and managed by Chessdom.com and operated by Martin Thoresen, season after season TCEC is trying to add more value and interest to computer chess. This year’s Superfinal sees a face-off battle of the two best engines, with their best ever versions and big ELO gain. Adding in the mix the 24-core machine that serves as a venue for this match and also the long thinking time that engines are given per game – 180 minutes + 30 seconds per move – we are ahead of the highest ELO clash ever recorded.

The TCEC Superfinal is played with 50 different openings so that each engine plays both black and white of the same position. The match will be presented with opening 1 used in games 1 and 2, then opening 2 used in games 3 and 4 etc. If the match is theoretically won for one side before game 100, the match will still continue until all 100 games have been played. In the case of a drawn match there will be a rapid match of 16 games with a time control of 25′ + 10″ with random openings selected from earlier in the same Season. In case it is still tied there will be a Blitz match of 8 games with a time control of 3′ + 2″. When the Superfinal is over, the current Season ends. 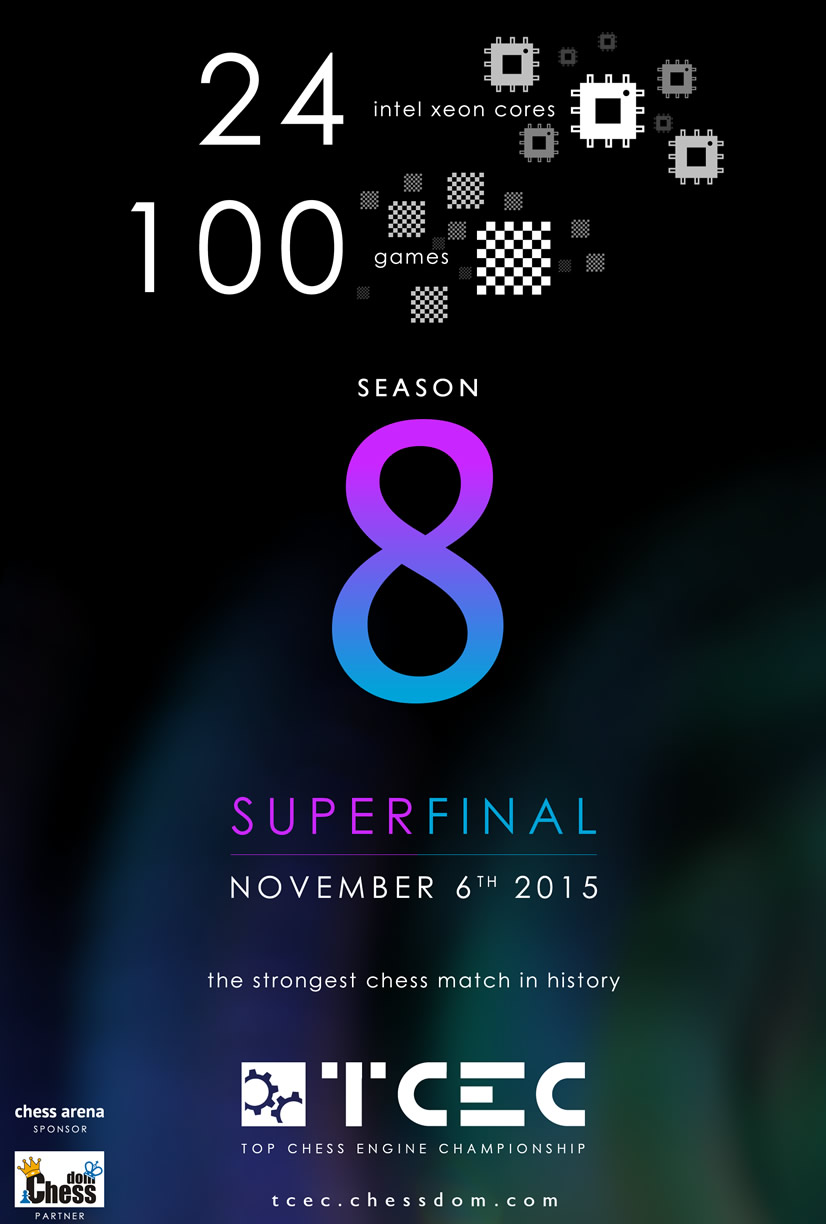