The second tournament of the FIDE Women’s Grand-Prix 2013-2014 is taking place from 16th to 28th June in Dilijan, Armenia.

The eighth round of the event saw only one decisive game: Tatiana Kosintseva beat Harika Dronavalli with black to go back to a  score. This was the Russian’s second consecutive win after having a rather disappointing start.

Indian Humpy Koneru is still the leader. She is having a great run in this tournament and that can be easily seen in the fact that she is on 6/8. Anna Muzychuk is close behind her, however. The Slovenian is only at a half point distance.

The two contenders for first place will have the white pieces in tomorrow’s round. Muzychuk will face Batchimeg Tuvshintugs, while Koneru will battle against Nana Dzagnidze. 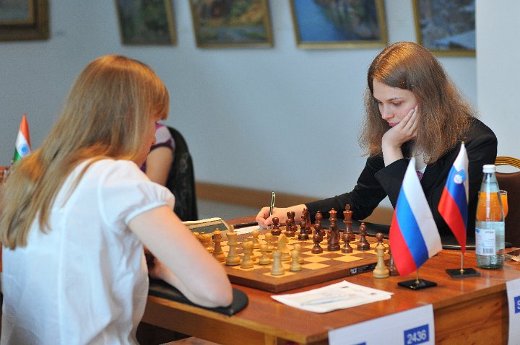 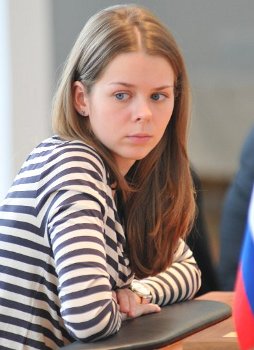