Yet another edition of the long-standing elite Sparkassen Chess Meeting in Dortmund began today. This time it is a single round-robin with ten players. Six international stars are joined by four members of the German team to get a very dynamic lineup. The highlight of the event is, once again, the presence of ex-world champion Vladimir Kramnik, who pretty much “owns” Dortmund, having won the event no less than ten times.

The Russian began with the right foot, beating Wang Hao with white. The other two winners of the day were defending champion Fabiano Caruana, who beat Dmitry Andreikin with black, and Georg Meier, who outplayed Germany’s number one player Arkadij Naiditsch.

The first result of the day left everyone wondering if there was a mistake in the relay. The game that faced Vladimir Kramnik and Wang Hao began as a very positional affair where a lot of simplifications took place rather quickly. The Russian, as usual, chose a continuation where he got a pawn advantage in a rook endgame. When the grinding was just beginning, the Chinese made a huge blunder and resigned immediately after his opponent played the obvious response. The game only lasted 26 moves. 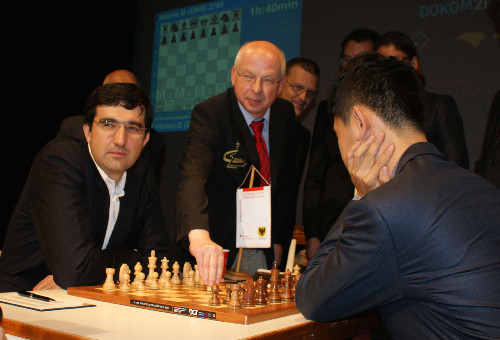 In last year’s edition, Fabiano Caruana obtained what almost seemed impossible in the past decade: to win Dortmund instead of Kramnik. This result now has a special meaning, given that Caruana also took over Kramnik’s third place in the ratings after having a great first half of 2013. With today’s victory, the young Italian also arrived provisionally to the coveted 2800 mark in the live ratings list.

The game saw the defending champion using the Gruenfeld. Dmitry Andreikin avoided the main lines and tried to surprise his opponent in slow positional style. Caruana answered accurately, playing actively when needed and defending his king’s position if necessary. An opposite-colored bishop middlegame was reached and black started to gain the initiative. The Russian decided to sacrifice an exchange to avoid a quicker loss, but ended up resigning on move 43 anyway. 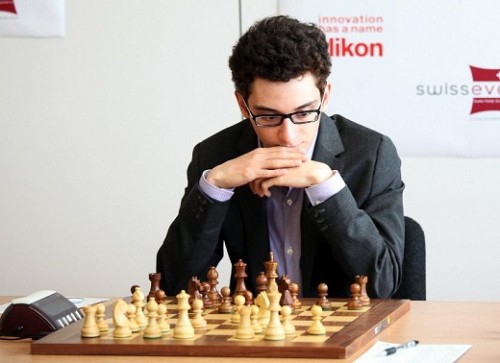 Another positional Gruenfeld was seen in the German battle between Georg Meier and Arkadij Naiditsch. However, the final result favored the white side led by the younger grandmaster. These players already faced each other earlier this year in another German super-tournament, in Baden-Baden.

The game was a very technical affair where the key factor was Meier’s dominance of the c-file with his pair of rooks. A slow process of increasing the pressure was handled masterfully by the young German and the players reached a rook endgame where white’s advantage of two pawns proved enough to get the full point. Naiditsch resigned on move 53. 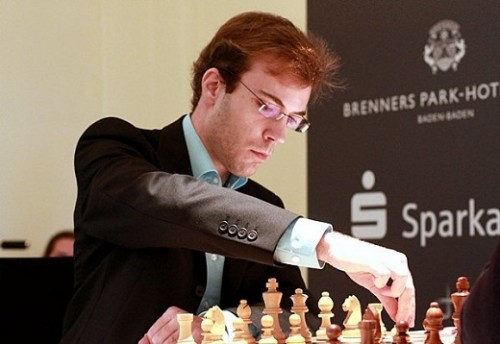