After the first and only rest day in the 2013 World Chess Cup in Tromso, the final match of four games between Vladimir Kramnik and Dmitry Andreikin has begun. Kramnik played with white pieces.

The game started as Queens’ Gambit Declined in which Andreikin played in conservative manner, allowing white to obtain a Gruenfeld-like center.

The position was still roughly equal when Kramnik found a nice combination to give the queen for the rook, bishop and passed pawn. The key point was that the weakness of black’s back rank allowed white to keep the strong c-pawn. 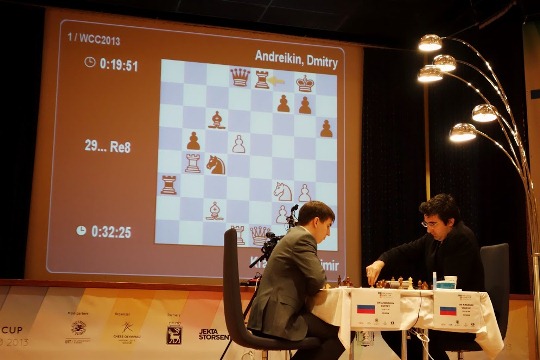 The key moment when Kramnik played dxc6 giving up the queen

Andreikin failed to organize the best defence and after allowing the exchange of the knights it was obvious that black was struggling.

With the last move before the time control black lifted the blockade on c7 and an endgame with two rooks versus the queen emerged.

Kramnik ruthlessly converted the advantage to take the 1-0 lead in the World Cup final. 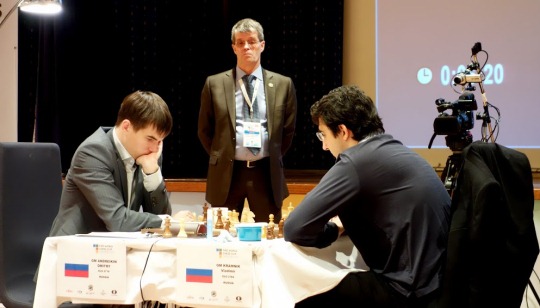 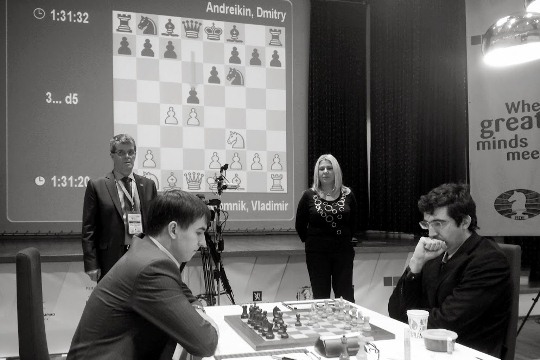