The second game of the final match in 2013 World Chess Cup between Dmitry Andreikin and Vladimir Kramnik was again the Queens’ Gambit Declined, only with reversed colors.

Andreikin used the 5.Bf4 line but already for the 7th move he spent more than 20 minutes of his time.

During the exchange of the central pawns, Kramnik rejected the normal 11…Nxd5 and went for the sharper but suspicious 11…e5. 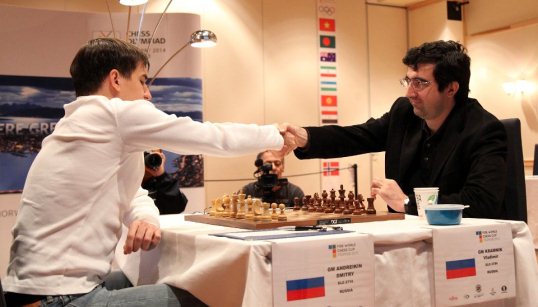 Andreikin was on the verge of obtaining the advantage, but when Kramnik unleashed 14…Bxa3 he panicked and thought he was worse. White immediately committed a mistake with 15.bxa3, allowing black to remove the nasty pin on the d-file with a series of accurate moves. 15.cxd7 would have allowed white to keep an extra pawn and a slight plus.

Still some precision was required of Kramnik but he never was in real danger again. After the repetition a draw was signed on move 33. 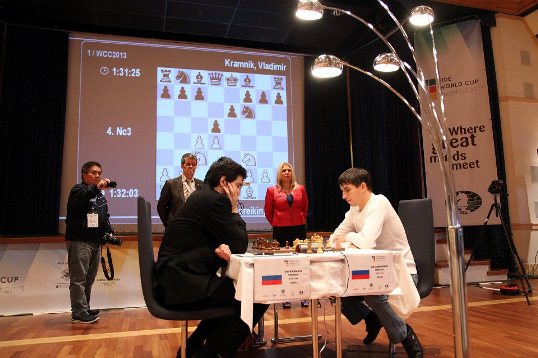