Vladimir Kramnik won his 11th round game at the Candidates Tournament. This win puts him a half point behind Magnus Carlsen, who drew quickly with Alexander Grischuk.

Vladimir Kramnik is showing great chess in London. He managed to get superior positions in almost all of his games. His play did not bring him nothing more than draws in the first half of the event, but starting from round 8, he has won 3 out of 4 games. Today, he took advantage of Radjabov’s bad shape to take the full point. The Azerbaijani remains in the cellar of the standings.

The ex-world champion used a fianchetto variation to go into a strategical battle. Radjabov managed to keep the balance until move 28, but then got greedy and took a pawn that should not have been captured. Kramnik quickly simplified to a clearly superior endgame and the Azerbaijani resigned on move 37. The Russian has three more opportunities to close the half point gap with the leader. 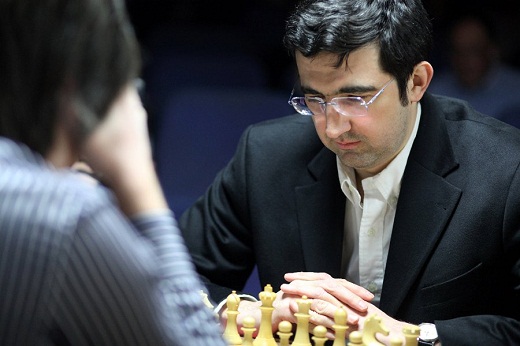 The players chose the Saemisch Variation of the Nimzo-Indian. Svidler used his usual dynamic style to gain the initiative in the queenside. Aronian tried to answer with a desperate attack on the kingside, but it just worsened his position in the long-term. When the pieces were exchanged, the Russian stayed with two dangerous passed pawns that eventually decided the game on move 41.

Aronian still has two white games in the last three rounds, including one against his direct rival Vladimir Kramnik and one against Teimour Radjabov, who has been showing poor form in this event. He will probably also need Magnus Carlsen to fall at least once, which seems unlikely given the Norwegian’s steady good form in the last year. 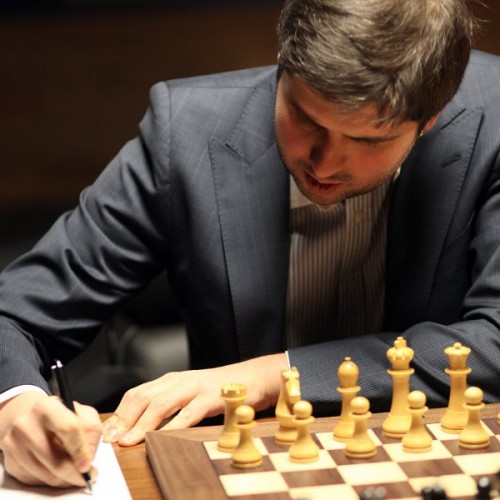 A quick draw was seen in the game Alexander Grischuk – Magnus Carlsen. This was a Gruenfeld where the Russian, playing white, went for a quick h-pawn advance, looking for chances to stir some trouble on the kingside. Carlsen’s pawn structure was spoiled but he had enough piece activity to get counter-chances and found a triple repetition on move 23.

The Norwegian maintains the lead with this victory. In the last three rounds, he has two games with the white pieces. 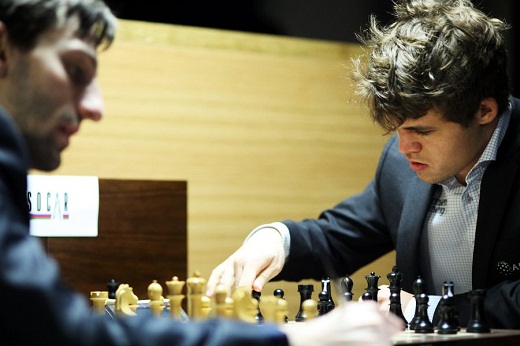 Vassily Ivanchuk also signed a quick draw with the white pieces against his veteran colleague Boris Gelfand. It took them less than 2 hours to play a triple repetition after 17 moves. The Ukrainian used the Hungarian Attack in the Gruenfeld Defense, getting a very dynamic position. Gelfand quickly activated his queen on the queenside to find a forceful way to equalize the position. The draw leaves both in the lower half of the board. 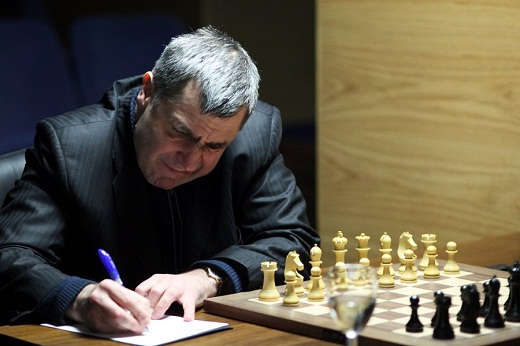