The highest-level tournament of the Winterchess season has finished. Ten masters participated in a Category VIII tournament, with the first seed winning clearly after getting 7 points in an undefeated performance.

He was joined in the podium by Angel Arribas and Daniel Forcen, both with 6.5 points, obtaining this way very important GM norms.

The closing ceremony was attended by the main sponsor Rafael Rosselló, director of the “Hotel Neptuno”, where the tournament took place, and by FIDE organizer Sebastià Nadal. 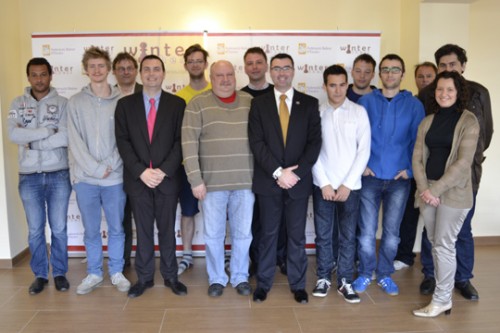 Participants and organizers together in a group photo