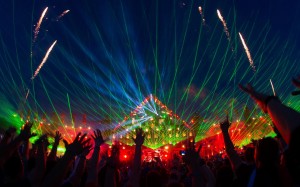 The Top Chess Engine Championship TCEC is starting this May 1st with the participation of 32 engines. At least 10 of the engines will be rated over 3000 ELO, making TCEC Season 9 the strongest ever computer chess championship.

Laser is the third of nine new entrant announced for Season 9 of TCEC. It is a brand new engine that started as a project from scratch in July 2015 as a hobby engine between two brothers, Jeffrey and Michael An. It had its first 1.0 release in December 2015, with lazy SMP already implemented. The early parts of the engine were influenced by the Chess Programming Wiki, and more recent changes have drawn influence from Stockfish. The engine is original at a code level, written in C++.

Laser 1.0 is currently rated about 2750-2800 ELO. The TCEC audience will see an upgraded version of the engine Laser 1.1 Follow the games on the official website of the competition http://tcec.chessdom.com/ starting May 1st, and the news from the competition on Chessdom.com and ChessArena.com.

About the authors of Laser

Jeffrey and Michael An are computer science, math, and chess enthusiasts. Both are currently attending college in California. This will be their first participation in TCEC and they are releasing the new version of Laser, looking for extra ELO points before the start of the event. Laser is open source and you can get the current version of the engine from the GitHub page of Laser

Awaiting Laser 1.1 chess show, here is a Laser Show with the music of Armin Van Buuren (Mirage) by Pangolin and ECS