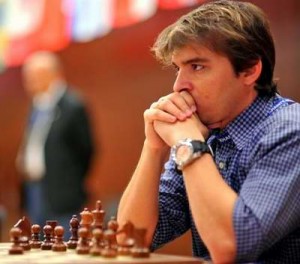 Grandmaster Lazaro Bruzon, currently  N° 31 in the FIDE rating list with 2717 points, will be one of invited players for the second Gran Fiesta UNAM chess festival in Mexico. He will be competing with the local hope Manuel Leon Hoyos, the World N° 1 Magnus Carlsen, and the top woman player in the world Judit Polgar. The 5 times Cuban champion  (2004, 2005, 2007, 2009 y 2010) gave an extensive interview to Carlos Llardo for Chessdom.com.

Bruzon explained, “Gran Fiesta UNAM is a very interesting tournament with semi-rapid games, very attractive for the audience. For me this is a very big opportunity to play with the top chess players. It will be a very important experience in my career.”

Bruzon also commented on the importance of the support of UNAM, “The world’s situation at this moment is very difficult and such support for chess is always welcome. Many important chess events have faded away due to the economic situation that affects all countries, yet there are supporters like UNAM, which is very positive for chess.” He added to his positive expectations for the event, “I have been many times to Mexico and have played important tournaments there, in this country I have some of my most important wins, like the VI Continental in Toluca in 2011. I certainly will enjoy my stay as much as I did the previous times.”

The second edition of the Grand Fiesta UNAM is going to take place from the 21st to the 25th of November and will be one of the largest chess festivals in the world’s history. There will be multiple open events, while 2000 players in Mexico city and thousands in front of their computers will be able to play a game of vote chess in Magnus Carlsen against the World 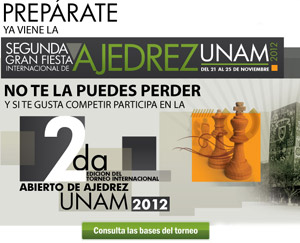 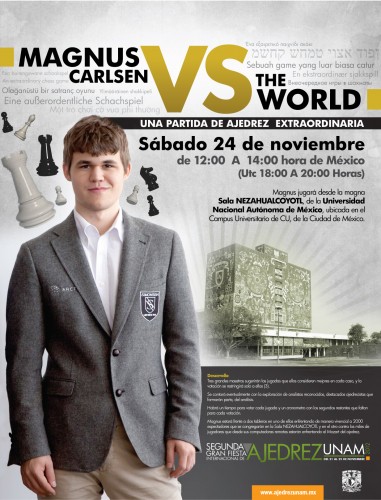