Legendary Grandmaster Svetozar Gligoric passed away in Belgrade at the age of 90 after suffering a stroke.

Gligoric was the best Yugoslav and Serbian chess player of all time, having won a record 12 national championships and 13 medals in Chess Olympiads (2 gold, 6 silver, 5 bronze). From the European championships he won 4 gold, 5 silver and 1 bronze medal. 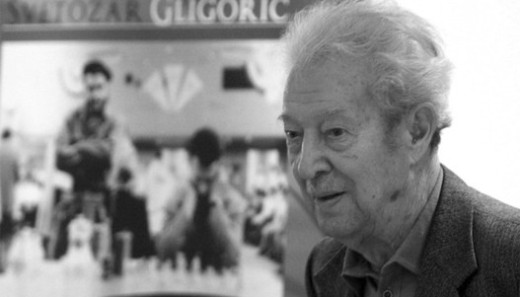 Gligoric was born on 2nd February 1923 in Belgrade. He learned to play chess by watching the games through the window of the local shop. Then he made his first chess set by carving the pieces from cork.

He won the master title at the age of 16, but the competitions ceased with the Second World War. Gligoric joined the partisan forces and was nearly killed in his first fight.

After the war he was given a task to restore the chess life in Yugoslavia. He helped the organization of the first post-war national championships. He was one of the founders of the famous Red Star Sports Society, although he later spent most of his club career playing for the rival Partizan. In the 90’s he returned to Red Star and played there for a few seasons. 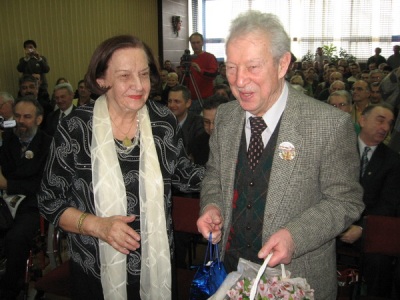 Gligoric receiving presents from WGM Vera Nedeljkovic for his 85th birthday. On this occasion city of Pancevo held a tournament "To Gligoric With Love"

Gligoric’s official profession was journalist. He used his travels to chess tournaments to provide legendary contributions (not only chess related) for the magazines Borba and NIN and for Radio Belgrade.

As chess players were among the few that were in position to travel abroad after the WWII, Gligoric and the late IM Nikola Karaklajic were bringing music records to Yugoslavia, introducing the western culture and music through the waves of Radio Belgrade. 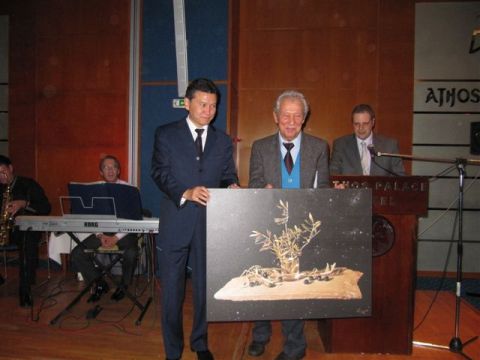 His books on the Match of the Century Spassky-Fischer and “I play against pieces” reached circulation of several hundred thousand copies, educating generations of young chess players.

In the recent years he revived his old love for music. He studied the theory and finally published a CD “How I survived the 20th century”, with 12 compositions of various genres.

Minister of Youth and Sports Alisa Maric sent condolences to the Serbian Chess Federation on the death of Svetozar Gligoric, “a noble man and role model for generations of young players”.

Prime Minister Ivica Dačić sent a telegram of condolences to the Serbian Chess Federation, saying that “Svetozar Gligoric was a legend, his passing is a great loss for Serbia.” 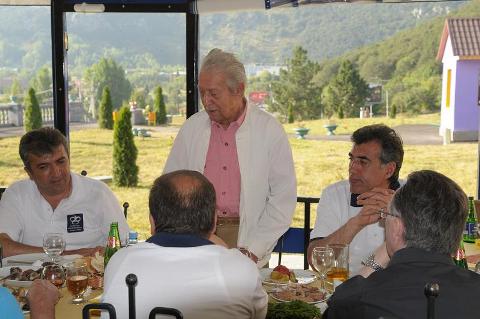