The famous Leonardo da Vinci was a chess player? Italian architect Franco Rocco claims ‘yes’ and to verify it an interesting exhibition is going on until 30th September in Milan, Italy (91 Monte Rosa Street, PwC Space).

The exhibition is carried out by Rocco, who made in-depth studies on the matter and wrote an interesting book “Leonardo e Luca Pacioli. L’evidenza” (edited for the moment only in Italian by Le Due Torri, www.chess.it). 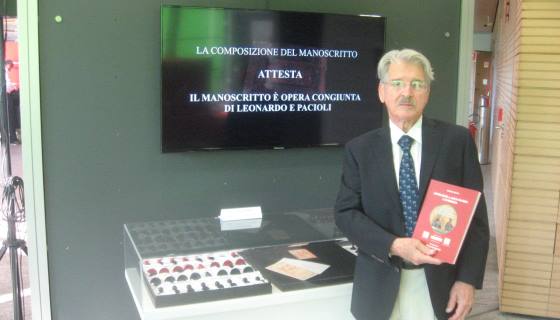 The inauguration was made by the well-known Italian showman Vittorio Sgarbi, fine arts expert.

We do not know when Leonardo learned to play chess, but certainly he was able to play when he stayed with the Sforza family in Milano: in fact in the “Fogli di Windsor” (Windsor Paper, nr 12692r) dated 1484-1487, there is a ‘rebus’ concerning the move of castle.

Later on, when Leonardo stayed with Isabella d’Este (1499-1503) together with fra’ Luca Pacioli, he helped Pacioli to complete a chess manuscript containing chess problems with both the old rules and the modern rules of pieces movement.

This manuscript was found by chance a couple of years ago in Gorizia. 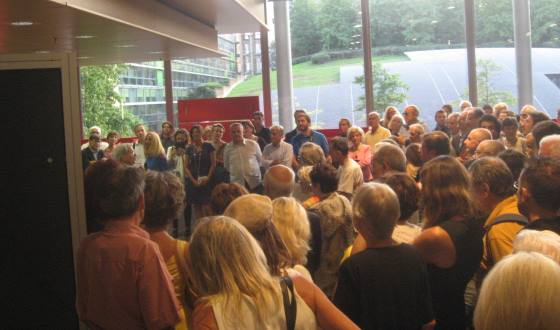 Presenting the exhibition to large audience

Franco Rocco demonstrated that almost half of the diagrams and the form of the pieces was drawn freehand by Leonardo himself: in fact they were drawn with the left hand! 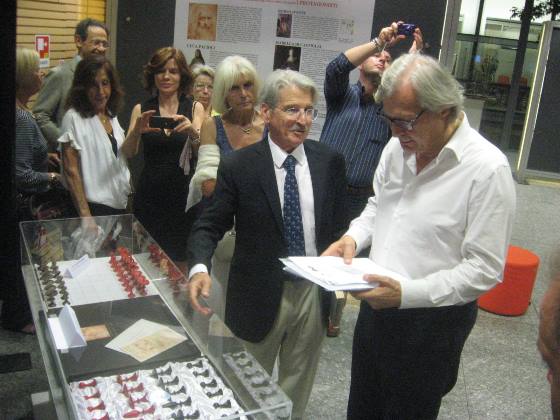 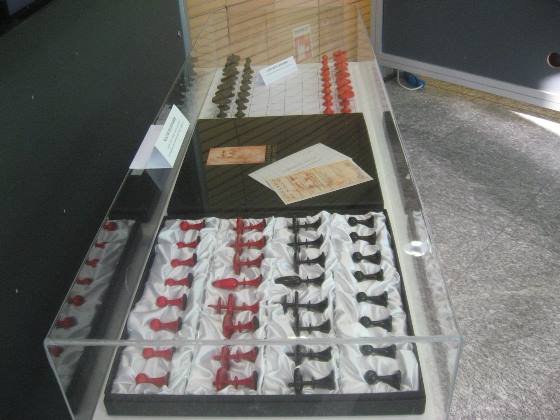