The Tata Steel Masters tournament continued after a rest day with a fourth round that was played in the Rijksmuseum (Dutch National Museum) in Amsterdam.

Top seed Levon Aronian declined a peace offer from Hikaru Nakamura and went on to win a nice game where the Knight dominated the Bishop.

The victory puts him in the sole lead with 3,0/4 points, with four players trailing half a point behind.

Sergey Karjakin misplayed the opening from the white side of the French defence and his young opponent Richard Rapport got some initiative. This was short-lived, however, as the Russian quickly pulled himself together to reorganize the pieces. Black’s position continued to deteriorate and white signed a win after 44 moves of play. 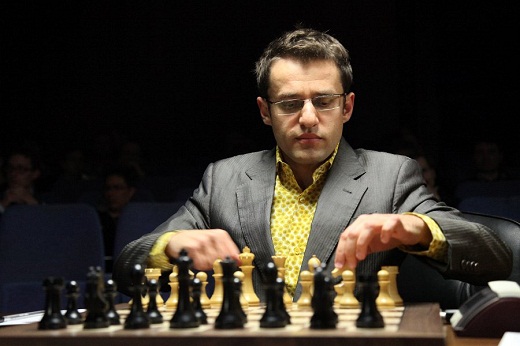 The longest game of the day was the clash between Leinier Dominguez and Fabiano Caruana. The Italian played passively and white was struggling to find a crack in the position.

Eventually he succeeded in winning a pawn at the cost of having his own pawn structure completely ruined. In an unique position white had three pairs of doubled and isolated pawns. However, black had no counterplay whatsoever.

It took more than 50 moves of patient maneuvering, but Dominguez was able to convert the bishops endgame into full point.

The other three games were drawn. Replay the moves with analysis.

Thursday is another free day for the Masters, who continue the event on Friday. Tata Steel Challengers round 5 is being held today at 13:30.