Top seed Nigel Short of England and six consecutive times Indian champion Surya Shekhar Ganguly jointly lead with 5.5 points each at the end of the sixth round of the LIC 2nd International Grandmasters Chess tournament, organised by Dibyendu Barua Chess Academy and All Sport Foundation, at the Indian Council of Cultural Relations, Kolkata. Four players – world junior champion Lu Shanglei and IM Wang Chen, both from China, IM Shardul Gagre of India and Stupak Kirill of Belarus are breathing at the shoulders of the leaders with five points each.

The day belonged to eighteen year old IM Shardul Gagare, who  upset GM M.R. Lalith Babu in an interesting encounter which arose from a Queen’s Indian defence. Shardul won the exchange on the 30th move, but Babu had compensation in the form of three pawns. Shardul later, effectively utilised both his rooks and won the pawns, after which Babu resigned. 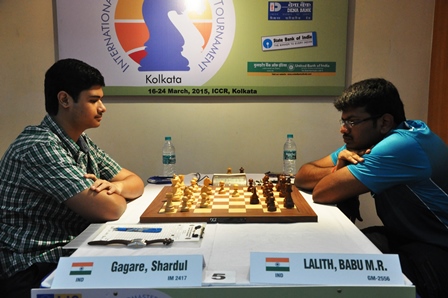 IM Swapnil Dhopade, playing on the top board against Surya Sekhar Ganguly, opted for the Caro-Kan defence but lost a pawn on the 28th move. Though Surya’s extra pawn was doubled he had the advantage of a rook and a bishop against Dhopade’s rook and knight. Finally, Surya’s active pieces forced a mating net around Dhopade’s king.

Nigel Short won a piece on the 45th move against Dimitry Kokarev of Russia in the open variation of the Ruy Lopez by a neat combination after which he had little difficulty in winning the game a few moves later. 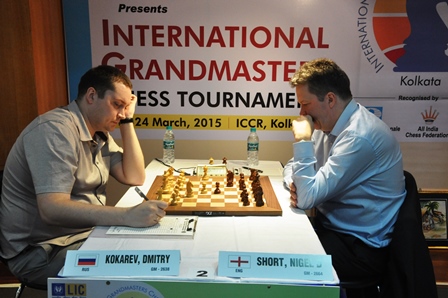 World Junior champion, Lu Shanglei of China won a piece against the Indian GM M. Shyam Sundar on the 33rd move in a Queen’s Gambit  after which the latter continued for a few more moves before eventually resigning on the 43rd move. 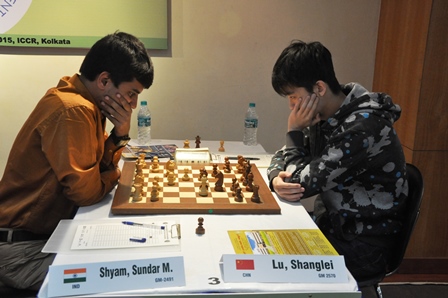 In an all grandmasters clash, Kirill Stupak of Belarus won the exchange  against Petr Kostenko on the 23rd move in a Dutch Stonewall Defence  and later nursed his passed b-pawn to the queening square to force a win. 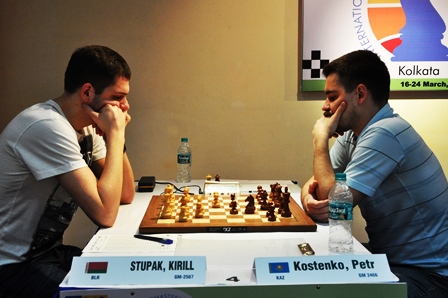 Important Results of Sixth Round