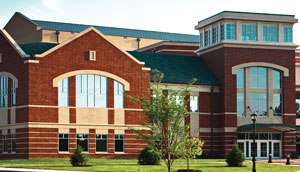 St. Louis, January 31, 2012–Lindenwood University is putting out a call for some of the finest young chess players in America and abroad. And the university is willing to provide scholarship money to build the nation’s top collegiate chess program.

Located in the St. Louis metropolitan area just west of the City of St. Louis, Lindenwood University is a private four-year liberal arts school that is dedicated to excellence in higher education.

What is unique about Lindenwood’s plan is the number of competitors it plans to have in the program. Organizers say there could be 25-30 players on up to six different teams.

“We are planning to recruit some of the highest-rated competitors in the world,” said Tim Canavan, Lindenwood’s Director of Student Life Sports. “We are also going to recruit people who aren’t at the elite level yet, but want to get there. Our interest is competing, promoting the wonderful game of chess, and providing a way for young people to get a good education.”

Canavan said the university has been collaborating with the Chess Club and Scholastic Center of Saint Louis, which is known internationally for its quality. He praised the Chess Club for its guidance during the program’s developmental stages. Canavan said Lindenwood has retained the club’s Grandmaster-in-Residence, Ben Finegold, as coach.

“I was immediately impressed with the level of commitment Lindenwood has demonstrated to launching this program,” Finegold said. “It’s an exciting development for collegiate chess and also for the chess scene in the greater St. Louis area.”

Lindenwood already is on the recruiting trail and is building a collegiate schedule with plans to compete in the fall. Barger said the university already has designated a spot in the Evans Commons for practice and competition.