The 2013 International Livigno Chess Open has been canceled. The organizers (from the local chess club, the Circolo Scacchistico Amos Cusini Livigno) had hoped for a last minute rescue solution.

Unfortunately – after waiting for several months before replying – Livigno city administration has finally declined its support to this tournament, first through the local Tourist Office, then directly.

In no more than 3 years, the International Livigno Chess Open has gained great importance, gathering players from over 20 nations and 4 continents.

They have appreciated the way it was organized, as well as the high level of players (no less than 28 GMs in the 2012 edition alone). The town of Livigno, on the Italian Alps, has played a great role, with its wonderful environment and the friendliness of its inhabitants. 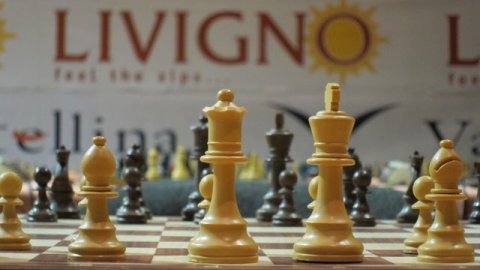 In fact, during the past 3 editions many hotels had decided to “adopt” a GM or an IM, building up genuine friendships during the years.

A wide media coverage, both locally and internationally, has confirmed the success of this tournament – even the Fide website has published the tournament updates on its homepage.

We now hope that this is just a one year pause, and that this tournament will be back in 2014.

Double victory for Alberto David at the Livigno Chess Open