7th London Chess Classic will take place December 4-13, 2015. The inaugural Grand Chess Tour could hardly have produced a more exciting climax as the countdown begins to the 3rd and final leg at the London Chess Classic. Chess lovers enjoyed top-class fighting chess during the first two legs of the Grand Chess Tour and after Levon Aronian’s victory at the Sinquefield Cup, almost all the players are still in with a chance of winning the overall trophy. Magnus Carlsen scored 10 Grand Tour Points at St Louis as he was placed second on a tiebreak based on the number of wins. The third and final leg of the Grand Chess Tour, the London Chess Classic, will be the most highly anticipated tournament of the year.

Despite only finishing in 7th place at the Sinquefield Cup, Veselin Topalov still leads the overall Grand Chess Tour standings thanks to his outstanding result in Norway Chess. There are three prizes for the overall standings up for grabs ($75.000, $50.000, $25.000), so there will be a lot to play for in addition to the $300,000 prize fund. The closeness of the GCT standings can be explained by the fact that most players who did well in Norway were less successful in St Louis and vice versa.All the information on the UK’s largest chess festival is now on the London Chess Classic official website has online entry for the London Chess Classic FIDE open, weekend tournaments and Super Rapid. You can download the entry form and of course buy tickets for rounds 1-9 of the London Chess Classic. 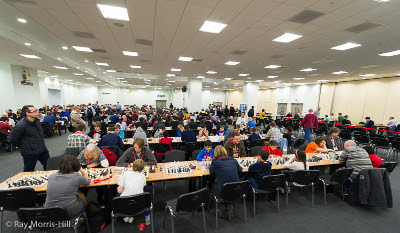