The 2016 London Chess Classic will be the eighth edition of the World’s most prestigious Chess Tournament and will climax the 2016 Grand Chess Tour.

The winning formula of elite 10 player all play all, chess festival, conference and free school events will take place once again. The GCT players and wild cards will be announced in early March.

The 8th London Chess Classic will attract players of all levels to London as well as chess educators, spectators, and children just beginning to learn the game. I hope that by publicising the dates to the chess world over nine months in advance, other organisers of chess events will be able to avoid a clash of dates which would not be in the interests of the top players and the chess public at large.

The London Chess Classic will begin with the Pro-Biz cup on Thursday, December 8th with round one beginning the following day. The tournament concludes on Sunday 18 December. 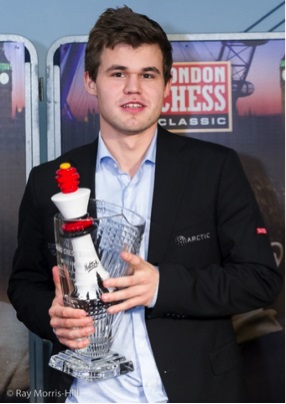 The full schedule is as follows:

The London Chess Classic supports Chess in Schools and Communities.