The 6th London Chess Conference will take place on the week-end of the 8th and 9th December at the Irish Cultural Centre, Black’s Road, Hammersmith, London W6 9DT.

The leading conference on chess and education is jointly sponsored by Chess in Schools and Communities, the European Chess Union, and Erasmus Plus. Attendees will be able to spectate at the nearby 10th London Chess Classic and to participate in its FIDE rated Open (which will overlap only with the final conference session).

The theme this year is the future of chess in education. The question arises because there are many developments in the world of chess and also many challenges facing our education systems. 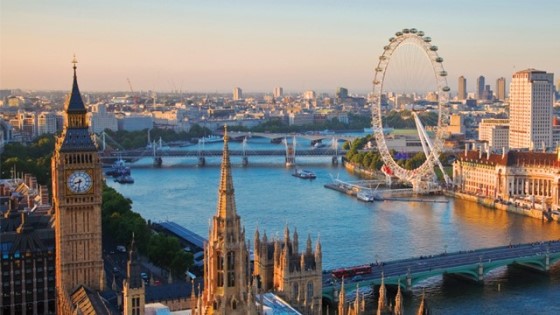 In the UK, the head of the schools inspection body, OFSTED, recently announced that they would switch their attention from looking at how children perform in exams to looking at how they learn in the classroom. The new idea, “quality of education”, is a reversion to a time before league tables forced schools to narrow the range of education. The likely consequence of the revived approach is that schools should make time for arts, music, sports and, we may hope, activities such as chess.

A strong argument for chess in schools is that it prepares children for the digital future. Chess is about the manipulation of abstract ideas – the raw material of the digital age. Citizens need to be able to navigate a range of logic-rich scenarios. For example, using a mobile phone or an iPad involves appreciating that there is a logical sequence to performing any task.

The chess playing child goes deep into the logical relationship between the elements. At its essence, chess becomes a series of if-then conditions. If you move your bishop, then I will checkmate you. Once you begin to think in this structured way, you can overcome a wider range of problems that one meets in everyday life. Conference speakers will explain how schools will be using chess to develop not only intellectual but also social skills which are vital for future citizens.

The conference will also host a multiplier event for the Erasmus Plus CHAMPS project on Chess and Mathematics in Primary Schools which takes place as a conference stream on Saturday 8th December. Attendance at the CHAMPS sessions is free but is subject to registration (below). The CHAMPS project explores the connections between chess and mathematics and adapts a number of these into instructive problems suitable for solving by young people.

The Programme for the Conference is being developed. There is still an opportunity to submit suggestions for contributions to the conference.

The conference has changed to a new venue in Hammersmith which is more convenient for travel connections and Heathrow airport. It coincides with the first weekend of the London Chess Festival when the world’s top players descend on London to battle for supremacy. The FIDE Open tournament starts at 2.30pm on Sunday 9th December at Olympia. Registered Conference participants will be entitled to free entry to watch the FIDE Open.

The event is sponsored by Chess in Schools and Communities (CSC), the European Chess Union (ECU) and Erasmus Plus.

There are two training courses which immediately follow the Conference.

10/11 December  ECU School Chess Teacher Training Course
This two-day course is accredited by the European Chess Union and certifies that the attendee has achieved a professional level in teaching chess in schools.

12 December         ECU Chess and Mathematics Teacher Training Course
This is a new course accredited by the European Chess Union and certifies that the attendee has achieved a professional level in teaching problem solving methods to young people.