With her new win against Stefanova, Hou Yifan retains her sole lead reiterating the breathtaking pace from Khanty Mansyisk.

The situation at the top remains tense, though, as Dzagnidze and Ju Wenjun won against Koneru and Zhao Xue, respectively, and keep trailing the leader by just half a point. 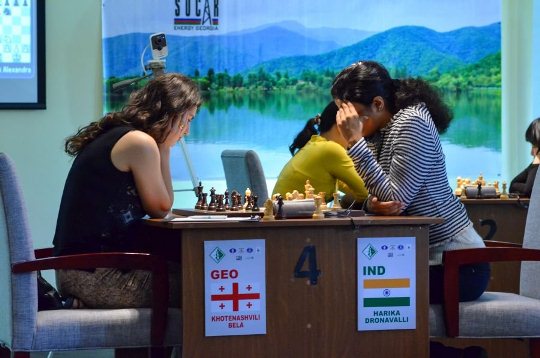 Muzychuk defeated Muminova and advances on the fifth position with 3/5, while Dronavalli–Khotenashvili was a correct draw, keeping the Indian half a point away from the podium and allowing the Georgian to escape the last place.

Kosteniuk – Danielian reached the same result in a much more dramatic way and established a length record for the Grand Prix circuit with 133 moves!

This was a dark day for the black pieces, who scored only two draws. 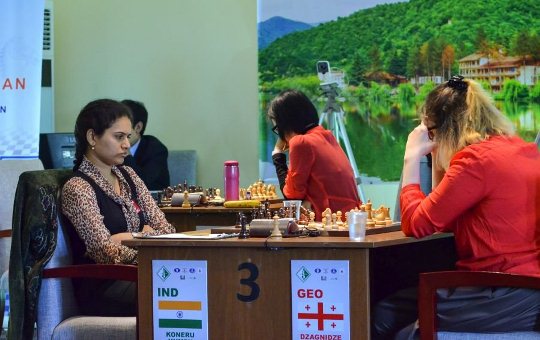 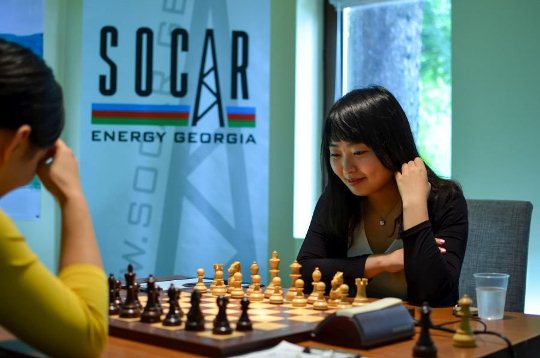 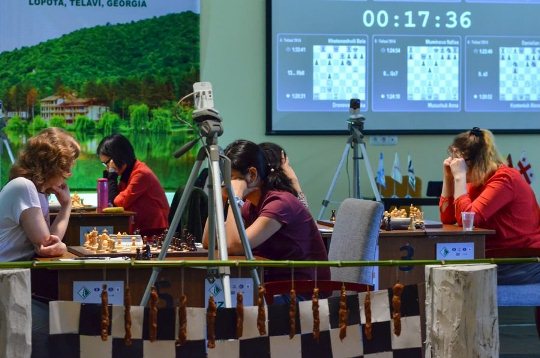 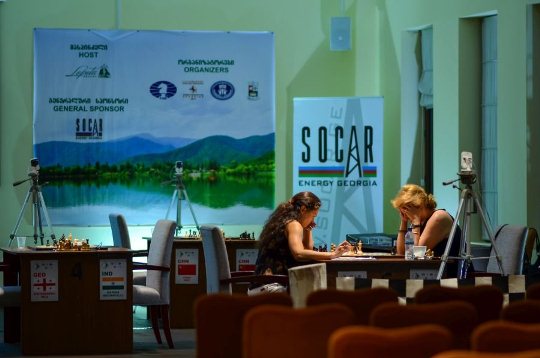