Radio Sarajevo reported that a friendly match between the World’s top rated player Magnus Carlsen and GM Borki Predojevic from Bosna & Hercegovina should take place on 28-29 June, 2013, in Lillehammer, Norway.

Carlsen’s manager Espen Agdestein confirmed that the match is in plans but the dates are still not set.

The match is initiated by Steinar Bryn, Project Director for the Nansen Dialogue Network. Steinar Bryn and the Nansen Network on the Balkans have been nominated for Nobel Peace Prize for 2009 by the Members of the Parliament, professors and journalists from Norway.

Bryn and Predojevic families are enjoying friendship since the 2001 European Youth Chess Championships in Kallithea, Greece, where Askild Bryn and Borki Predojevic played in the same age group. Together they celebrated Borki’s gold medal in the U14 category.

Steinar Bryn later organized friendly matches between the young players of Norway and BIH. Predojevic said that he defeated Carlsen in one of these events. Carlsen soon took revenge with a 1,5-0,5 victory in the 2006 Bosna tournament.

Update: Eirik T. Gullaksen of Bergens Schakklub informed that the match “… will be played in connection with the Norwegian championship, which starts at Lillehammer June 29th. The match will consist of 4 rapid games.” 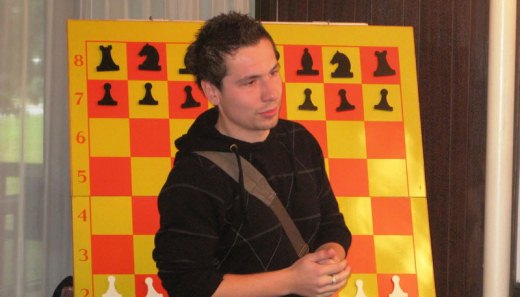