“This week I was in Hamburg for our annual Play Live Challenge for Play Magnus. The highlight was the Thursday clock simul (30 minutes each) against 13 qualifiers chosen among our dedicated Play Magnus app users. I got quite low on time in the end but managed to win all games.

With an early morning flight Friday out of Hamburg I got to St. Louis in time for the Chess Hall of Fame Olympiad Exhibition Opening the same evening. The museum is one of many contributions to chess in St. Louis by patrons Rex and Jeanne Sinquefield cementing the status of St. Louis as the, or on of the, main chess cities in the world.” 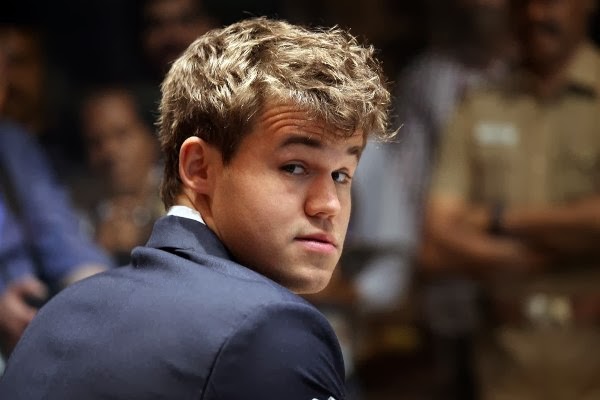 “The main event this time is the Champion Showdown. The first edition took place during my World Championship match against Karjakin last autumn. The 2017 edition featured a new concept and format: Four matches with 30 games of rapid and blitz (with 30, 20, 10 and 5 minutes and no increments per player per game, on the four days).

My match against Ding Liren graciously started two days later than the other three matches allowing my participation after the Play Magnus event on the 9th while allowing Ding to reach the FIDE Grand Prix in Europe starting November 16th.”