Carlsen overwhelmed Aryan Tari with white pieces without giving chances for the black’s counter-play. Positional advantage turned to a mate network and brought Carlsen 3 points and the first place on the ranking list. 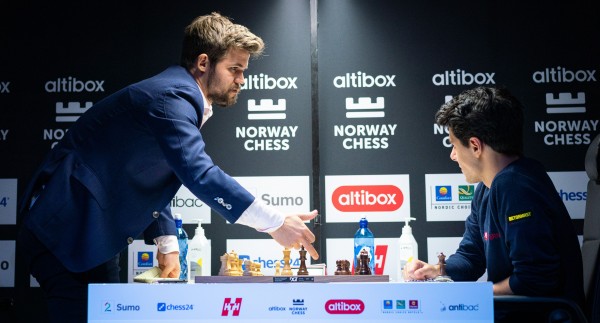 Firouzja Alireza drew against world No.2 Fabiano Caruana and the match proceeded to Armageddon. The game opened with Caro Kann but Firouzja changed the line from the first round continuing with 3…g6, shortly after made a mistake in the early middlegame and struggled until the resignation.

After only 30 played moves in Sicilian and a draw in the first game between Aronian and Duda, Aronian lost in Armageddon with whites. Duda chose to play the French defence, equalized quickly and entered a deadly draw endgame. Aronian needed to play for a win to gain a point and a half, but Duda used the mistakes and won the match. 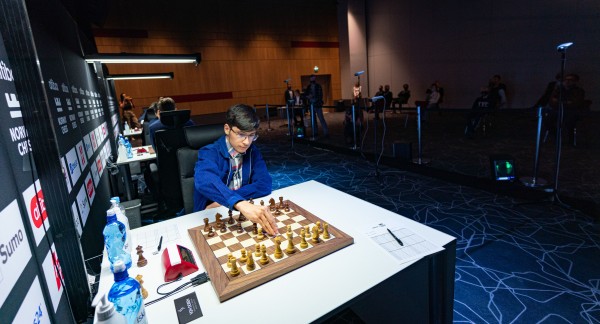 Today is the resting day and the games continue tomorrow from 17:00 CET.

Standings before the 9th penultimate round: 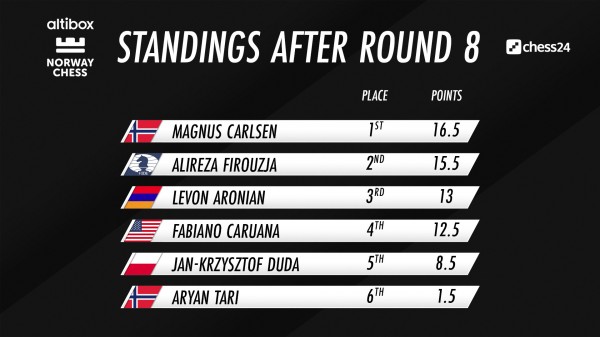 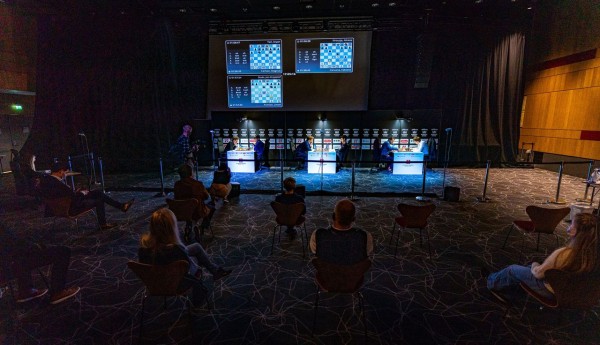