The first round of the Maharashtra Chess League started off typical of a rapid chess tournament, twists and turns along the way, with jubilation for some, and heartbreak for others…

The young hands of Jalgaon Battlers were undoubtedly the performers of the day, as they outwitted Mumbai Movers with a huge 5 – 1 score, with crucial victories coming from IM Srinath and untitled SL Narayanan.

Srinath, fresh from his victory at the Asian Junior 2013 at UAE, was left with a passive position out of an English Opening, where Arunprasad seems to be slowly pressing. But typical of Rapid Chess, the game entered a phase of cut and thrust tactics, where Srinath emerged the winner.

Sunilduth Lyna Narayanan is an untitled 15 year old lad from Kerala, South India, arguably from a place without much Chess tradition. But he exhibited a maturity beyond his age and rating today, as he scored a clean strategic win over GM RR Laxman, who is very famous for his prowess at any quick form of Chess. 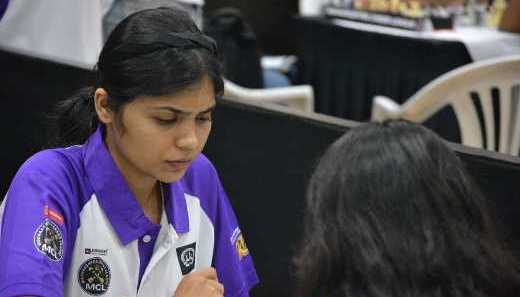 Former World Junior Champion WGM Soumya Swaminathan was in the thick of action today, defending a slightly inferior position against the formidable WGM Tania Sachdev, in a crucial battle between Nagpur Royals and Ahmedbagar Checkers.

Defending a slightly inferior position with White pieces, Soumya was convinced that the position was repeated thrice, and claimed a draw. But she did the classic mistake of NOT stopping the clock and NOT desisting from making the move before claiming the draw!

After the Arbiter ruled that the game be continued, Tania finally blundered and allowed a simple mate on the 7th rank. But the star of the day for Nagpur was GM Tejas Bakre, who defeated GM GN Gopal in a crucial game to anchor their win over Ahmednagar, who have a formidable line-up… 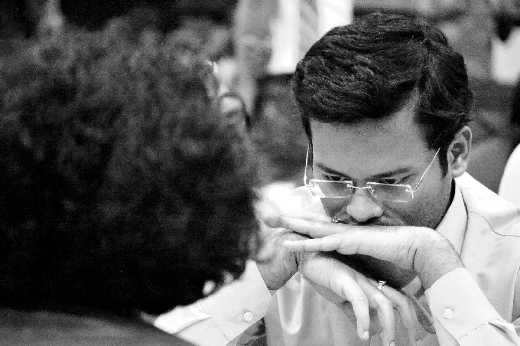 As most of the games went on expected lines in their match against Thane Combatants, the credit for the slender 3.5 – 2.5 win for Pune Attackers should go to IM Himanshu Sharma and Amardeep Bartakke.

In a battle between near equals in rating, Himanshu defeated National Women Champion WGM Mary Ann Gomes, while Bartakke held the formidable WGM Vijayalakshmi Subbaraman to a draw.

The games are being broadcasted live at http://mcl.chess.me, which also carries photographs, team details and all relevant info on the event. 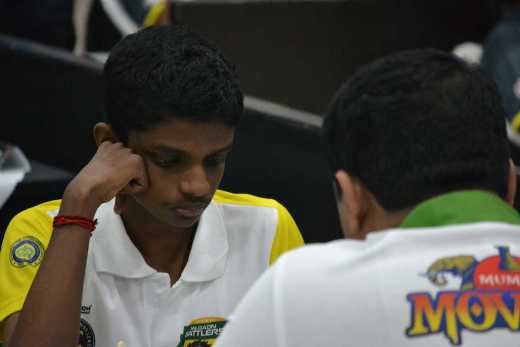