The opening ceremony of the 4th tournament of FIDE Grand Prix Series 2012-2013 was held tonight in the Amphitryon hall of Makedonia Palace Hotel in Thessaloniki.

Chief Arbiter Takis Nikolopoulos then proceeded with drawing of lots. He called up the players to come to the table and pick up the rooks in the shape of White Tower, the famous landmark of Thessaloniki. 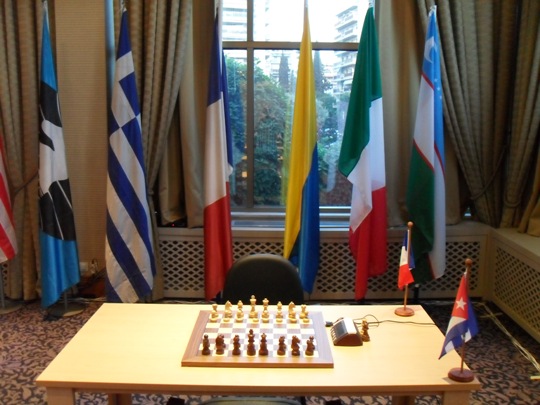 Veselin Topalov, the top rated player in this event with 2793 elo, approached first and picked the number 1. Next was Alexander Grischuk (2779) who chose number 12 and immediately the first match-up was known. Full round 1 pairings are bellow.

Hikaru Nakamura was the only participant who missed the opening because his plane was about to land around 23:00. Robert P. Sanders, USA Consul General in Thessaloniki, was asked to choose number for Nakamura. He gladly accepted and picked up the rook with number 7.

Vassily Ivanchuk caused a small confusion when he returned the rook to the table instead of taking it away or handing to arbiter. Then he couldn’t remember which was his piece, but the tournament secretary Sophia helped in locating the Tower number 4. 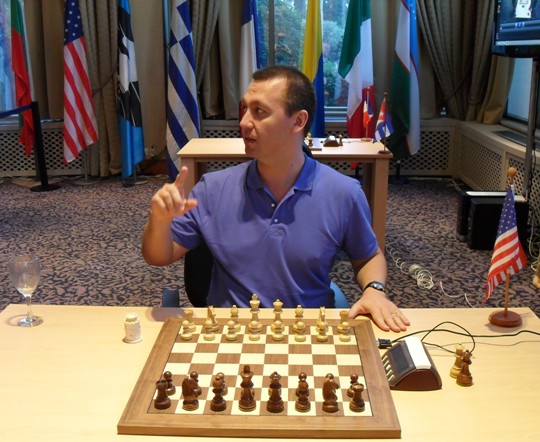 After drawing of lots, the players and guests moved to the Veranda for cocktail.

The technical meeting for players, arbiters and organizers took place at 20:30 in Alexandros Hall. The players were briefed about the playing room and facilities and about the most important regulations – time control with increment only after move 60, no draw offers, zero tolerance rule, dress code. 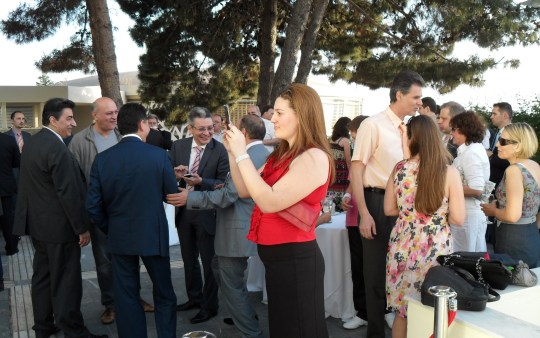 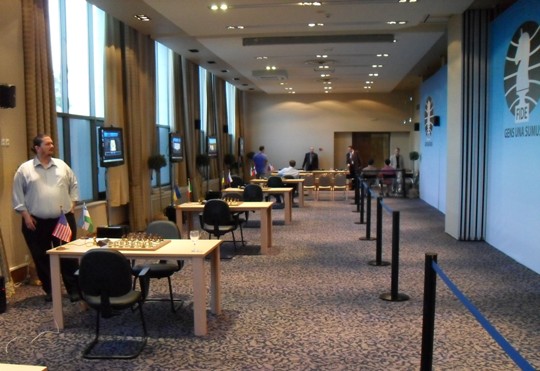