In the first round of Classical games at the MAKITA Women Match from 16-22 December 2012, the Indonesian girls continued from where they left off after winning the Rapid games series.

With the sponsors in attendance, Indonesia recorded a big 3-1 win against France, the in form Medina Warda Aulia starting the rout by winning in good style against Nino Maisuradze.

After the initial tension, Irine Kharisma Sukandar – Sophie Milliet top board encounter fizzled out to a draw. 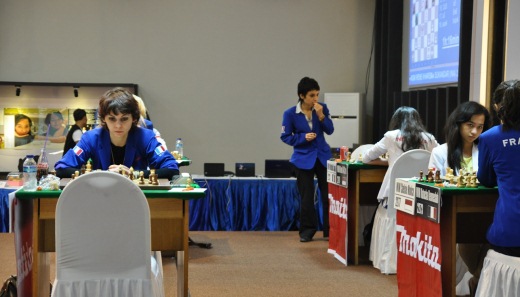 Chelsie Monica Shite converted a winning position out of the opening against stubborn resistence by Natacha Benmesbad in the endgame.

A blitz finish between Dewi AA Citra and Mathilde Congiu then fittingly ended in a draw.

There are three more rounds of the FIDE rated match being played using the Scheveningen System boasting a total prize fund of USD 12,000. 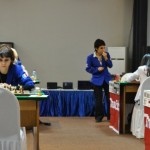 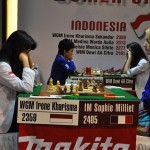 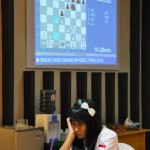 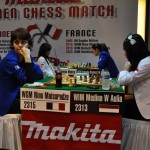 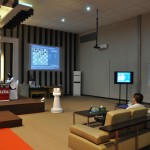 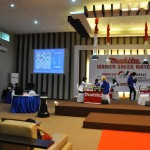 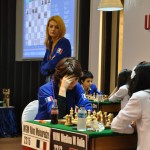 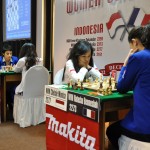 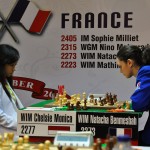 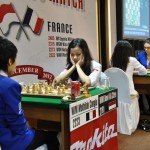