The clocks were started at 15:00 local time. This year’s stage is set at the elegant Red October Building in Moscow. Yet another edition of the prestigious Tal Memorial started officially in Russia.

The first playing day was long and did not lack emotions. Three decisive games left the same number of players at the top of the standings. Shakhriyar Mamedyarov and Fabiano Caruana won their first points leading the black pieces, while rating favorite Magnus Carlsen did it with white. The battle has begun.

The first, and rather quick, decisive game favored the new rapid world champion Shakhriyar Mamedyarov. His victim, American Hikaru Nakamura, seemed to be in good shape and ready to have a rampage start after his clear victory in the pre-tournament blitz competition. However, the number 1 player in United States will have to recover from his loss against the Azerbaijani in the upcoming rounds.

The game lasted only 31 moves. In a rather quiet Nimzo-Indian, Nakamura did not sense the imminent danger in the middlegame and allowed his opponent to launch a direct attack against the white king. Mamedyarov is not the kind of player to shy away from a sacrificial attack, and that is precisely what he did on move 19. Today, this aggressive attitude paid up and gave him his first full point. 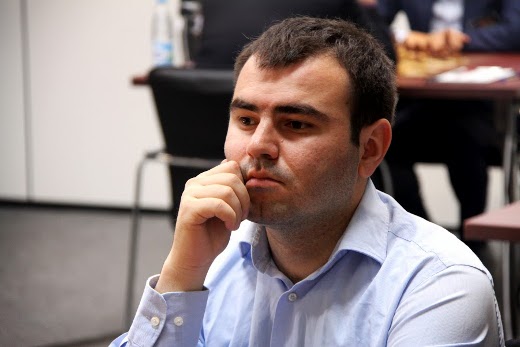 Two players known for their deep preparation and their seriousness on and off the board faced each other today. World champion Viswanathan Anand led the white pieces in a battle against the American-born Italian grandmaster, Fabiano Caruana. The young star came out on top in 47 moves of a tense Ruy Lopez.

The Spanish opening has been the main choice of the elite players against 1.e4 and this was no exception. Caruana sacrificed a pawn on the queenside in the early middlegame, in exchange of the bishop pair and active piece play. The Indian did reacted rather passively and was not able to neutralize black’s play on the kingside. This led to a favorable endgame that was duly converted by the Italian. The world champion will have to look for wins in the next couple of rounds to get a chance to win the event. 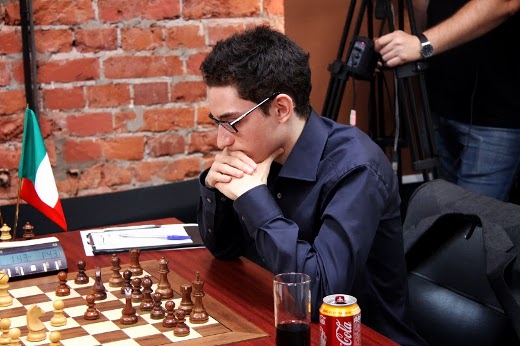 A fight that has already become a “derby” in the elite tournaments was seen right in the first round. Magnus Carlsen faced local favorite Vladimir Kramnik once again. The Norwegian, who had taken away Kramnik’s chance to battle for another world championship in the recent Candidates Tournament, triumphed again. This was the longest game of the day, lasting no less than 72 moves.

Carlsen’s approach in the opening was very clear: he gave up the bishop pair in order to get a minimal advantage in the pawn structure in order to look for winning chances in the endgame. When most of the pieces were exchanged, Magnus started to go for the isolated black pawns. Kramnik could not handle the pressure and was left two pawns down. He kept fighting looking for a chance to get a bishop and pawn vs king endgame with the wrong promoting square. This was not effective against the Norwegian, who made the precise maneuvers to take a very important full point in the very first round. 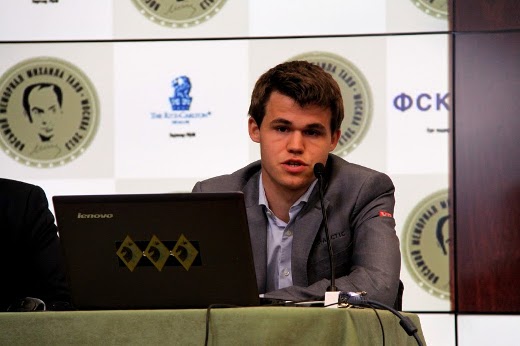 The other two games finished in draws. Boris Gelfand played white against Sergey Karjakin and signed the peace treaty in am equal rook endgame after 38 moves. The Russians Dmitry Andreikin and Alexander Morozevich arrived to the same conclusion in 47 moves of a Sicilian.

The commentators team on site counted with the elite presence of two strong GMs that might as well be participating, Alexander Grischuk and Peter Svidler. 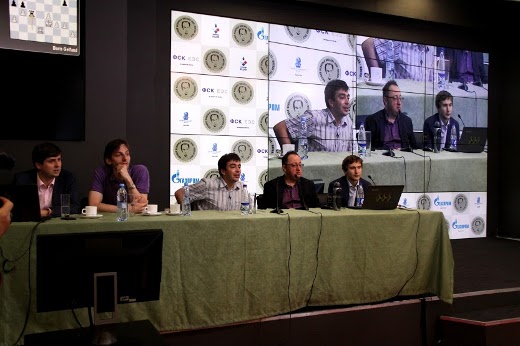 Grischuk and Svidler were among the commentators today