The return games of the fourth round of the 2015 FIDE World Cup were completed in the Fairmont Flame Towers in Baku.

Maxime Vachier-Lagrave assumed the advantage against Wesley So after the American was forced to sacrifice a knight for two pawns. However, in the forced sequence of moves many pieces were exchanged and the position simplified with all remaining pawns being on the kingside.

It took a lot of patient maneuvering from black to finally destroy white’s pawn mass and achieve a victory and qualification to the 5th round.

Peter Svidler played a good game with black to hold the ground and earn a much needed draw with black against the tournament’s top seed Veselin Topalov. In the final position black is even objectively winning, but he made a practical decision and agreed to opponent’s draw offer.

At the press conference Svidler shared that he lost several consecutive games with black pieces against the Bulgarian. He broke the negative record at the best possible moment as the result enabled him to advance to the World Cup quarterfinals.

In the Chinese derby the young prodigy Wei Yi was able to strike back against Ding Liren and equalize the score in the match, which will now be decided in the tie-breaks.

The matches Radoslaw Wojtaszek vs Anish Giri, Sergey Karjakin vs Dmitry Andreikin and Dmitry Jakovenko vs Pavel Eljanov are also to be settled in quick-play on Tuesday afternoon.

Photo gallery is available at http://www.bakuworldcup2015.com/product/65

According to the Regulations (3.8 Tie-breaks), after a new drawing of colors, two tie-break games with the time control 25min + 10sec will be played. 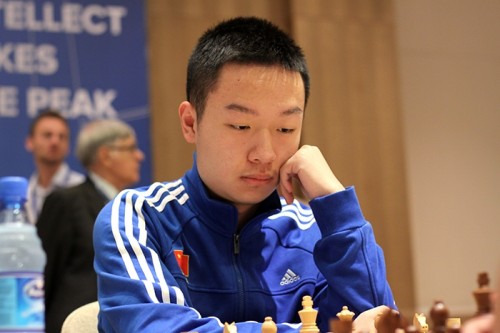 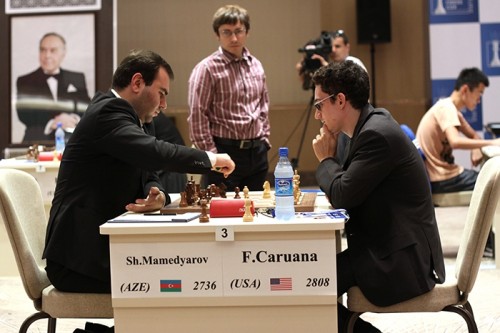 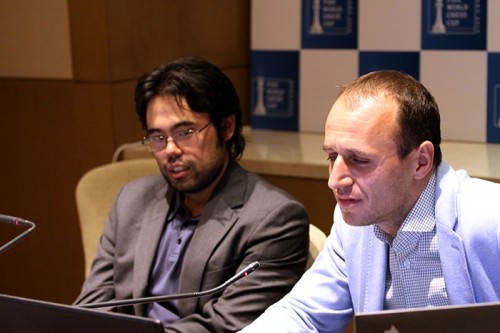 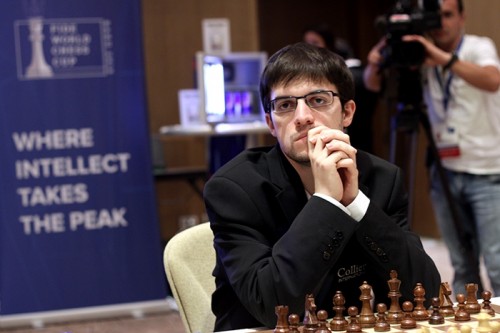 Maxime Vachier-Lagrave is through to the round of best 8 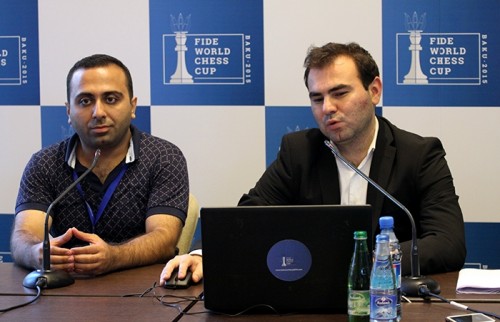 Shakhriyar Mamedyarov in one of his regular press conferences 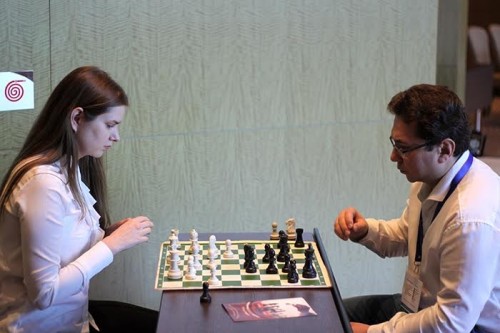 Journalists playing a casual game in front of the playing hall 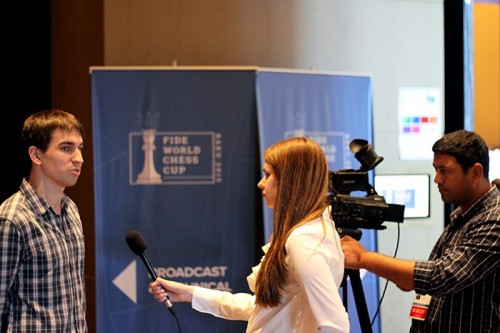 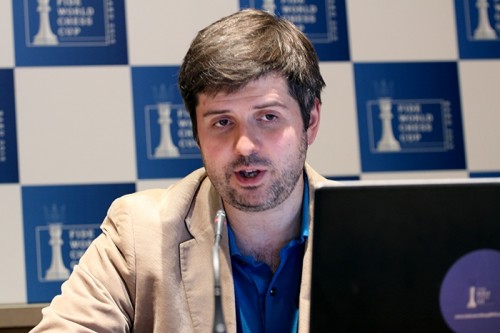