The chess library of a famous coach Mark Dvoretsky (1947-2016) was solemnly donated to Adi Akhmad Sports Club (Troitskoe, the Republic of Ingushetia) at the Palace of Culture of Nazran.

Inna Dvoretskaya, Leonid Dvoretsky, Boris Gelfand, Ernesto Inarkiev (for many years he had been Dvoretsky’s trainee), President of ISCU Alexander Kostiev and Editor-in-chief of the RCF’s website Vladimir Barsky took part in the event.

Mark Dvoretsky had been collecting chess books since school days. He was very particular about their quality: only the most interesting and useful (in his opinion) books were selected for his library.

Pupils of Adi Akhmad Chess School will get more than 600 volumes, including all the books written by Dvoretsky himself. The speakers talked to the young participants of the Tower Concord Festival about Mark Dvoretsky, his searching for truth in chess and his readiness to share his knowledge and experience. All Dvoretsky’s books are bestsellers, and it’s hardy possible to find a strong grandmaster who is not acquainted with his works.

As President of the Chess Federation of Ingushetia, Ernesto Inarkiev expressed confidence that Mark Dvoretsky’s library would help to train a worthy chess generation in the Republic. 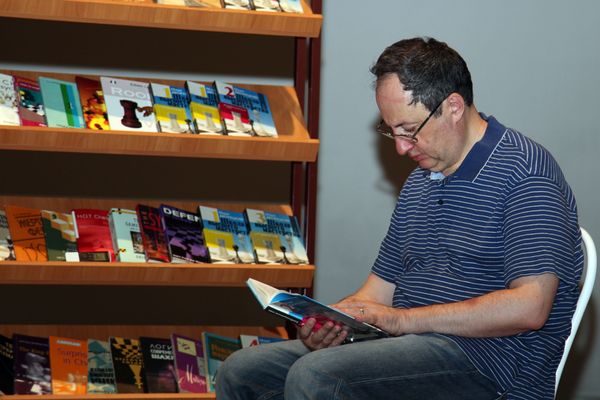