The Corsican Chess League has a very active calendar for 2012 with a number of important international competitions.

The richest event in the terms of money prizes will be the 16th Corsican Circuit from 27th to 31st October in Bastia and Aiacciu. Finale du Grand Prix FFE is 60,000 EUR worth.

But certainly the highlight of the year will be the visit of the Women’s World Champion Hou Yifan from China. The Match Of The Champions between Hou Yifan and 2011 European Women Champion Viktorija Cmilyte will be held on 21st and 22nd May in Porti Vechju.

The calendar also introduced the new 1st Open International d’Aiacciu which was held from 24th to 28th April in Aiacciu. 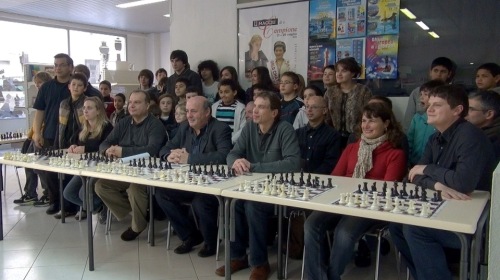