The 2013 Unive Open Tournament took place on 18 – 26 October in the town hall of Hoogeveen, Netherlands. It was held concurrently with the Crown Group event.

A strong field of national and foreign players gathered to fight for first place. First seed Maxim Rodshtein from Israel finished first with an unbeaten 7.5/9 score.

Rodshtein led the event from the beginning but almost lost the chance to win in in his last round game against Stewart Haslinger from England. The Israeli was completely outplayed and even finished in a drawn rook endgame two pawns down. 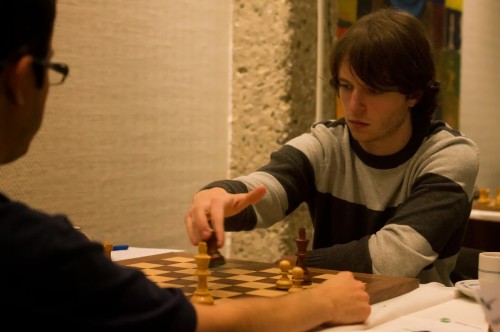