One of the most interesting tournaments seen in the last couple of months finished in Switzerland. The Olivier Breisacher Memorial went to tiebreaks after four players tied on first place. Maxime Vachier-Lagrave took home the winner’s trophy after defeating Alexander Moiseenko in the rapid final match.

The French grandmaster is well known for his ability in faster time controls and proved his superiority over the other three players. In the semifinals, he defeated Ding Liren with both colors and, in the final match, he beat Moiseenko using the white pieces to finally draw his game with black and be declared champion of the event.

The two semifinals followed the same pattern. Both Vachier-Lagrave and Moiseenko obtained victories with white in rather long hard-fought games. Etienne Bacrot and Ding Liren tried to recover in their second games, but ended up losing to stay out of contention.

In the final match, the eventual winner got the white pieces first. The Frenchman demonstrated that he was better prepared in a sideline of the Sicilian. On move 14, Moiseenko started making mistakes and it only took eight more moves before he offered his hand in resignation.

Despite the fact that he only needed a draw, Vachier-Lagrave did not hesitate to use his beloved Gruenfeld. After the middlegame, Moiseenko emerged with an advantage in an endgame with queen vs. rook and knight. The computer gave the Ukrainian a rather big advantage, but it was clearly hard for a human to convert. The final mistake came on move 71, when black managed to equalize the position. The draw was signed on move 77. 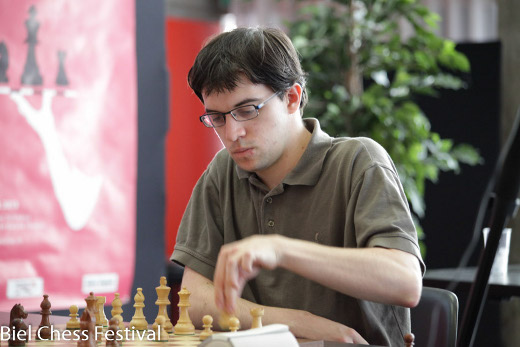 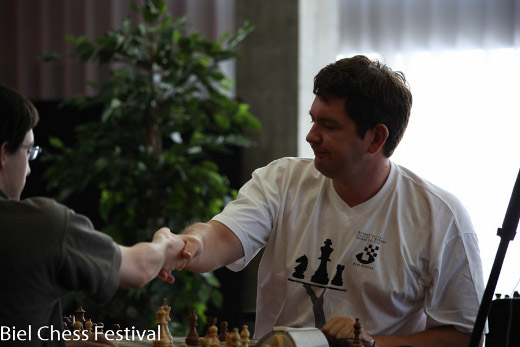 Etienne Bacrot was given the medal for third place.

The organizers gave out special awards as well: the best technical performance was given to Ding Liren and Richard Rapport for their game in round 3, while the best game prize went to Alexander Moiseenko for his win over Vachier-Lagrave on the penultimate round.

The winners wearing their medals