The FIDE President Kirsan Ilyumzhinov had a meeting with Mr. Mikhail Gorbachev, former President of the USSR.

The Nobel Peace Prize Laureate shared with Mr. Ilyumzhinov his creative plans on writing a new book about his life. Also Mikhail Sergeevich spoke about the Gorbachev Foundation’s activities.

The FIDE President informed Mr. Gorbachev on the main directions in FIDE’s activity and its prospects. Kirsan Ilyumzhinov offered Mikhail Gorbachev to be an Honorary Patron of “Chess in schools” programme and Mr. Gorbachev kindly accepted this proposal. 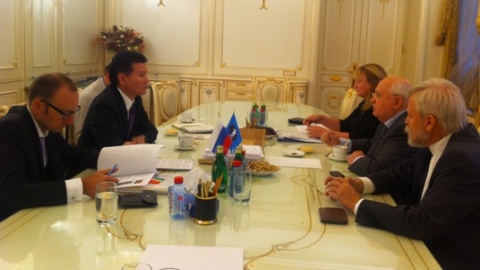