The No.1 UK player, Michael “Mickey” Adams joins World No 1, Magnus Carlsen, World Champion Vishy Anand, and the World No 2, Levon Aronian in becoming the latest player to confirm his invitation for the 4th London Chess Classic, at Kensington Olympia, 1-10 December, 2012.

At 17, Adams became one of the youngest players to win the British Championship title and today is the top ranked player in the United Kingdom and number 26 in the world on the latest July 2012 Fide rating list.

In the past though, he has qualified to play in the PCA Candidates Matches and scored well in the Fide knock-out tournaments – the highlight of which being the beaten finalist on two occasions, in 1997 (to Anand) and 2004 (to Rustam Kasimdzhanov).

He can be a difficult opponent for many of the world’s top players, so much so that Garry Kasparov once nicknamed Adams “the Spider” and the name stuck. The reason for the monicker was due to Adams’ liking for “creepy-crawly moves” and the ability to weave a web around his opponents, and then wait for them to beat themselves before he would strike with the decisive blow. 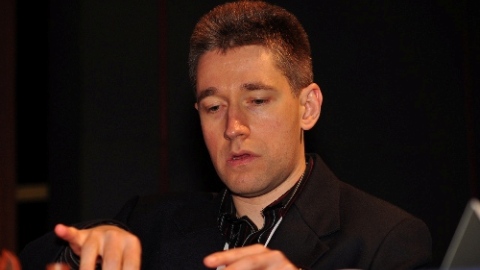 For many years, Michael Adams had an intense rivalry with Nigel Short for the top spot in the UK game, but nowadays he has to worry about challenges coming from the likes of Luke McShane.

He also writes a very topical chess column for The Daily Telegraph every Saturday, and has a popular website at www.michaeladamschess.co.uk.