The Tal Memorial is the first major competition in the chess calendar after the World Championship match and the first test for the world’s leading grandmasters before the Candidates Tournament.

The opening ceremony will be held on 7th June, at 18.00, in the playing venue at Pashkov House, st. Vozdvizhenka 3/5.

The organizers have come up with a unique idea to replace the usual drawing of lots. The participants will play a blitz tournament, with a separate prize fund, and the main tournament starting numbers will be assigned according to the places taken in the blitz standings.

Tal Memorial 2012 live games will be daily on Chessdom.com with Grandmaster analysis.

The previous edition was held in November 2011, when Magnus Carlsen and Levon Aronian shared the first place with 5.5/9 points each. Carlsen took the trophy on better tie-break. 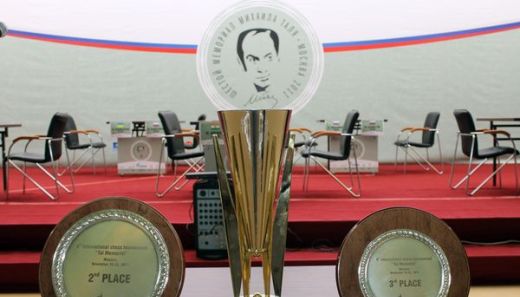