From 20 to 22 June 2014 a Workshop for the training of the International Arbiters was organized in Monastir, Tunisia, by the Tunisian Chess Federation, in cooperation with the FIDE Arbiters’ Commission and under the auspices of FIDE.

The venue of the Workshop was the Monastir Center Hotel (4*) in Monastir, where the participants were accommodated.

The lectures were in the French language. 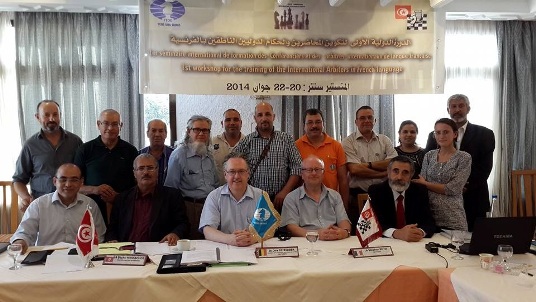 Eighteen (18) International Arbiters from five (5) Federations (Morocco, Mauritania, Algeria, Libya and Tunisia) participated in the Workshop. All participants were satisfied by the training and the Seminar.