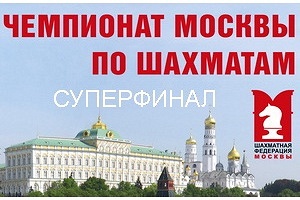 The Moscow Chess Federation is holding its first Superfinal Championship on 30-31st January, 2014, at the Russian State Social University.

The tournament format will be round robin with rapid time control in men and women sections.

Top five finishers from the Moscow Championships (in both sections) will be joined by the invited top Grandmasters.

Two more players for the men tournament to be announced.