From 23 to 25 May 2014 a Workshop for the training of the International Arbiters was organized in Moscow, Russia, by the Russian Chess Federation, in cooperation with the FIDE Arbiters’ Commission and under the auspices of FIDE.

The venue of the Workshop was the office of the Russian Chess Federation in Moscow, while the participants were accommodated in Radisson Slavanskaya Hotel.

The lectures were in Russian language. 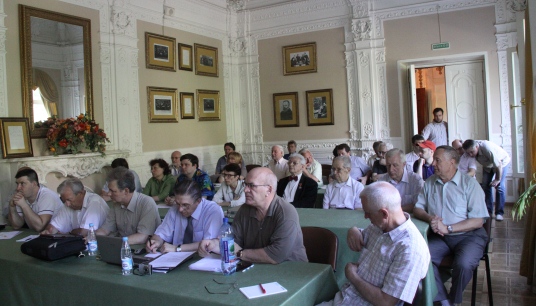 Moscow Workshop for the training of International Arbiters

Twenty eight (28) International Arbiters from six (6) Federations (Russia, Australia, Uzbekistan, Kazakhstan, Ukraine and Azerbaijan) participated in the Workshop and received certificates of attendance after the end of the lectures.

The link to the Russian Chess federation’s website is: http://ruchess.ru/news/report/chto_obsudili_sudji/