BULSTRAD insured the players in the Mtel Masters

On the sunny Tuesday afternoon the organizers of Mtel Masters had planned a promotional event of one of their main sponsors – the insurance company Bulstrad. Chessdom offers you a short overview of the interesting bits – on and off- the record.

And what really happened: Good organization, many representatives of the local press, random bystanders – a bit of excitement in the air. Nisipeanu was already present, having coffee with his second Vajda and waiting for the event to begin. Minutes later, Topalov marched into the Café and immediately caught the attention of the press. 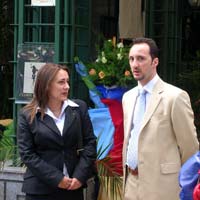 Meanwhile, like out of the nowhere, appeared Mamedyarov. The three chess players, together with the representative of Bustrad and Mr. Ginchev headed towards the area designated for the press conference. There each one of them received his life insurance. Ms Nestorova also stated, that apart from the life insurance, Bulstrad has another move prepared – at the Chess vs. Soccer event, Bulstrad are giving away a green card. It’s not the US green card, but rather a symbolic card as an award for fair play to the most accurate participant in the football game. 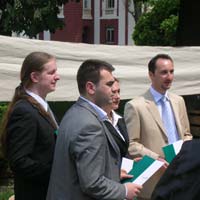 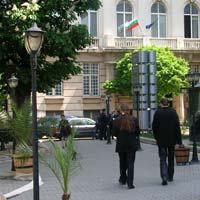 Nisipeanu, the other players, and the media left… 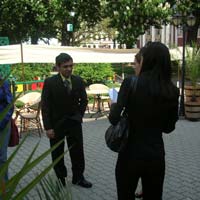 Exactly five minutes after the press event was over appeared Sasikiran. Everyone was surprised by his lateness, however everything was taken on the bright side and Ms Nestorova said: “I was supposed to insure you, where were you?” Minutes later Sasikiran also received his life insurance and conversed with Danailov. 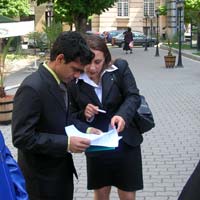 He carefully read the insurance contract 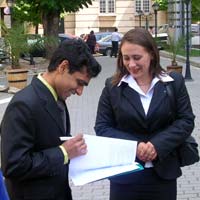 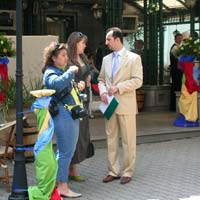