Congratulations to Veselin Topalov from the whole Chessdom team!

As Mtel CEO joked at the closing ceremony, Veselin Topalov already owns three icons from his Mtel Masters triumphs. Topalov replied soon he will be like Bojan Radev (famous Bulgarian collector). His courage and fighting attitude brought him third consecutive win at the Mtel Masters. 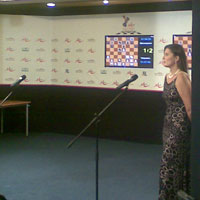 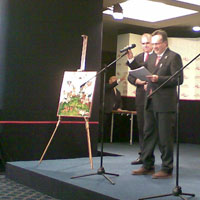 The tournament itself was the most interesting event we have seen in the last couple of years. All the cynical comments about top players boycotting Mtel, thus organizers had to invite lower rated Sasikiran and Nisipeanu, went quiet in front of the great excitement following the competition until the very last move. 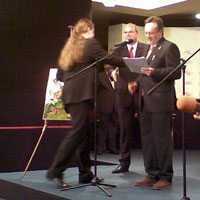 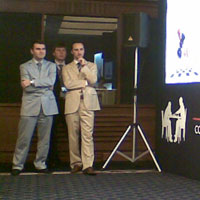 Before the round 10 start, five players out of six were in position to win the race. To honour the last placed Michael Adams, Shakhriyar Mamedyarov believes that Adams played best chess but was followed by bad luck. Veselin Topalov has earned stable advantage from the opening, but then decided to crush his in-time-trouble opponent and sacrificed the Knight. Sasikiran missed the opportunity to force a draw, promoting Topalov to the tournament winner.

Unedited videos from the press conference

These days we made more than 50 videos. We hope you enjoyed them and we will keep on doing more from other tournaments. We present you the last two videos unedited and in many languages. That way you can get a gist of the final moments of the Mtel Masters 2007.