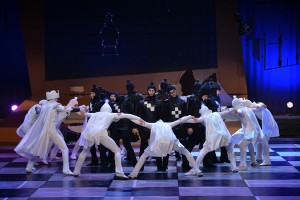 More than 250 participants, including 130 GMs and more than 200 players with international titles from 27 different countries, started playing round 1 today. With 23 World Cup places at stake, all players entered the long battle with high desire for decisive games. Exactly this desire, combined with the high rating of the opponents, led to multiple surprises on the boards. Among the stunning results in round 1, we find the two ex European Champions – GM Moiseenko and GM Jakovenko – which were featured in Issue 1 of Chess Insider.

Here are all results of the round, replay the top games with analysis.