At the 1959 Candidates Tournament, Hungarian GM Pal Benko, desperate to refute the “hypnotic stare” of the legendary Mikhail Tal, pulled from his pocket a defense never tried before: reflective sunglasses. Tal had decisively won every match of their career to that point.

In the third round of the Sinquefield Cup, GM Hikaru Nakamura decided to try out Benko’s variation.

The eccentric American No. 1 strolled into the Chess Club and Scholastic Center of Saint Louis on Wednesday, donning a pair of shades for his game against Norway’s Magnus Carlsen. Carlsen, perhaps through hypnotism, decisively held the lifetime series between the two at 7-0 with 13 draws. 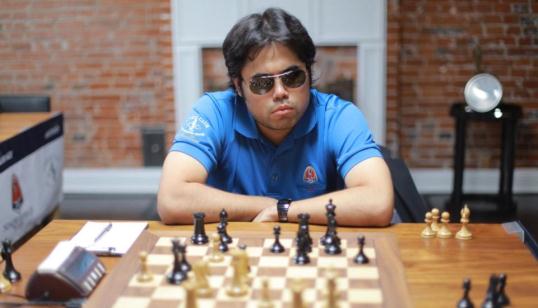 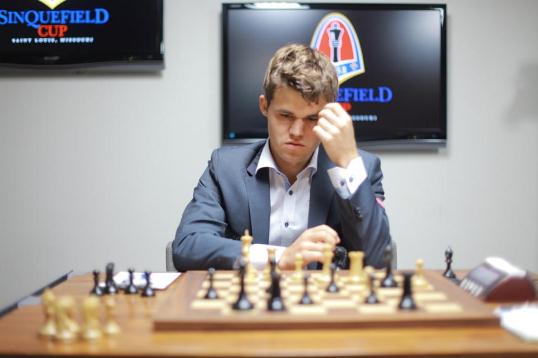 “For the first time in his life, Carlsen has to look at his opponent and see himself,” quipped GM Ian Rogers, who was offering live commentary to a crowd at Lester’s restaurant nearby the Chess Club. “That will be scary.”

The plan didn’t work out so well for Benko, who was wiped off the board in 20 moves. Tal eventually threw him a bone by allowing perpetual check saying: “When I want to win against Benko, I win; when I want to draw, I draw.”

Nakamura’s version of the defense was good enough for a legitimate draw against Carlsen, maintaining the standings at the tournament’s halfway point.

Heading into the rest day, Nakamura stands as the front-runner with 2.5/3 points, while Carlsen trails just a half-point behind in second place. Armenia’s Levon Aronian sits in third with 1/3 after battling to a draw with reigning U.S. Champion Gata Kamsky, who earned his first half-point of the tournament. 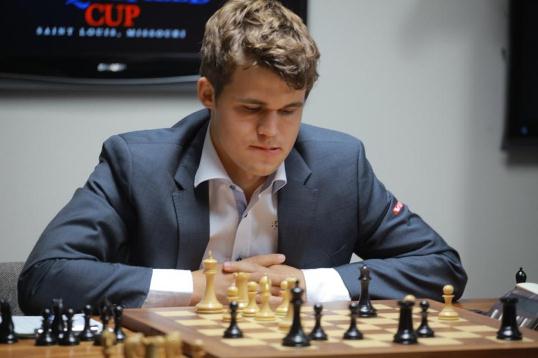 “I just felt like doing something different,” Nakamura said with a smile. “Why not? Life is short, might as well have some fun every once in a while, considering how overly serious chess seems to be at times.”

It was Nakamura’s first time commanding the black pieces this week, and he responded with the King’s Indian Defense after Carlsen’s 1. d4, which had produced positive results against the American in the past. But Carlsen’s 10. b3 brought the game into fresh territory, and Nakamura’s response of 10. … g5 gave the battle a sharp edge.

Though both players each had an hour on their clock by the 16th move, the board had ventured into a position that Nakamura normally enjoys – a unique pawn structure and heavy tactical lines with plenty of potential pitfalls. Eventually, the Norwegian’s clock became a factor. 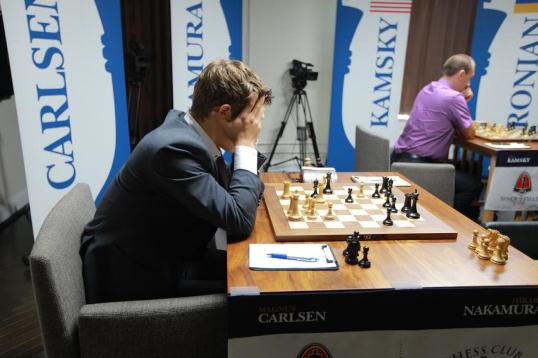 “It was a complicated game so, to some extent, I needed to use time,” said Carlsen, whose clock fell under a minute while he thought on his 31st move, still nine moves away from time control. “But often when you think for a long time, you don’t come up with the best moves.”

To the contrary, the play of both grandmasters down the stretch was incredibly accurate, setting off fireworks when Carlsen recaptured with 21. Rxc3, allowing 21. … Bf5, winning the exchange.

34. … Rxb7 was dangerously interesting and Nakamura’s only choice to push forward, despite bringing a white pawn to the seventh rank. This became a liability that ultimately locked all the remaining major pieces to their current squares. Nakamura offered a handshake after 42. … h5. 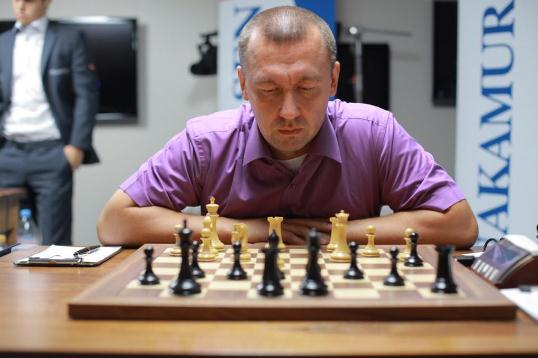 Kamsky had been aggressive coming into the Sinquefield Cup. “This is an event where you can just play chess and there are not consequences,” he said after a first-round loss to Carlsen. Yet heading into round 3 he had nothing to show for it and appeared to change his strategy for his matchup against Aronian.

Kamsky seemed less interested in finding an advantage in the opening, allowing early equalization but simultaneously working his army into a rock-solid position by move 13. From there, the U.S. No. 2 leaned on his position to slowly increase white’s advantage – but something fizzled along the way.

“I just didn’t want to lose today,” Kamsky said. “I had a really nice edge, and then there was an opportunity to increase the edge. At the moment, that was my original intention, but then somehow I got sidetracked and actually got into a worse position, which I was actually really lucky to save.” 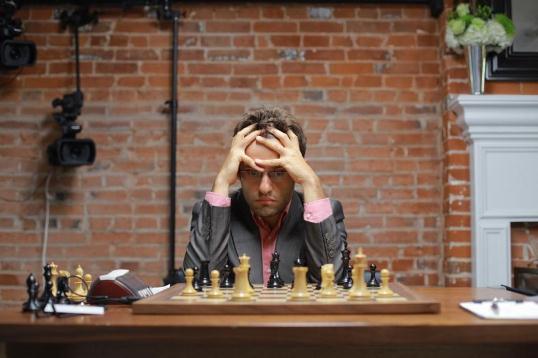 Kamsky blamed his 22. Rac1 for leading him astray, not executing on his plan to push e5 and getting his knight to e4. A temporary lack of solid ideas for white ushered in opportunities for Aronian’s black army, equalizing with 25. … Qe7 and going on the attack by 32. … f5.

Momentarily, the advantage seemed greater for Aronian, who opted out of a draw by repetition with 37. … Bd5. Regardless, it allowed Kamsky to trade the queens off the board and go on to defuse the situation. The players agreed to a draw six moves later. 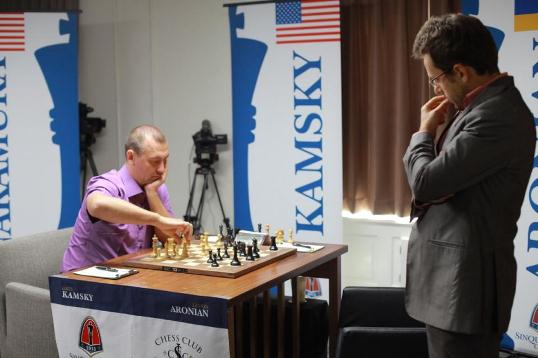