The sixth round of the Tal Memorial only had one decisive result. Hikaru Nakamura was responsible for Anand’s second straight loss. The American is now alone at the top of the standings. His performance at this event shows his great fighting spirit; he got four wins in six rounds. Tomorrow will be the second rest day. Boris Gelfand, who is in sole second place, will try to prepare something special for his direct encounter against the leader on Friday.

Viswanathan Anand was not able to recover from yesterday’s fall. His loss today was of a very different nature, however. The solid form he has been showing in the last couple of years – which was highly criticized – has become much more irregular lately. He already suffered three defeats in this event, something that was not seen in a while.

On the other hand, Hikaru Nakamura seems to be heading to a very important result in his career. He is now solidly established as a member of the top 10 in the live ratings list, only two points behind Vladimir Kramnik.

The game started as a Ruy Lopez, but Nakamura, playing black, went for a setup with  a fianchettoed bishop on g7. This strange system was handled with huge precision by the American, who fended-off all of white’s attempts to get the initiative with his strong central pawns. After a few simplifications, the players went into a knight endgame that seemed rather equalized. The big amount of pawns made the decisions really complicated for the players and Nakamura was able to finish on top after some clever maneuvers. Anand gave up on move 45. 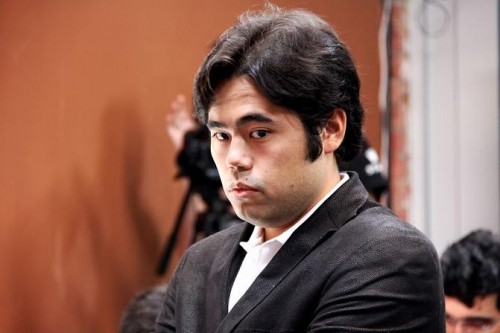 The co-leader before this round, Boris Gelfand, had a much more classical struggle against world’s number 1 Magnus Carlsen. The Israeli had he white pieces and did not push too hard in the opening. Carlsen obtained a symmetrical pawn structure with slightly weaker pieces. Gelfand tried to push to get a small edge but the players never left the realms of equality. The peace treaty was signed on move 54.

The longest game of the day, and the event so far, was the Russian battle between Alexander Morozevich and Sergey Karjakin. The game lasted 100 moves, where Morozevich tried to squeeze a win with his extra pawn in a very difficult rook endgame. He showed very creative play to get that slight advantage but was not able to break Karjakin’s solid defensive methods. 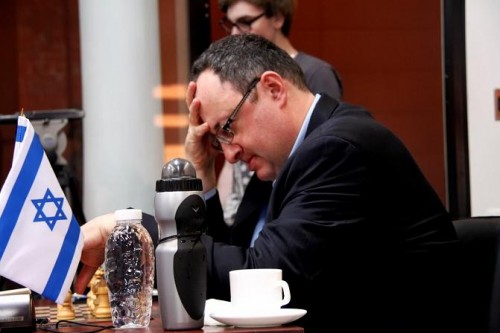 Dmitry Andreikin and Shakhriyar Mamedyarov discussed a sharp variation of the Scotch Defense. White managed to stick a rook on the seventh rank and get a more active knight, but that was not enough to get a full point. Mamedyarov looked for counter-chances and was able to lead the game to its solid conclusion in 45 moves. These two players did not arrive as favorites and are showing a strong performance in this elite event.

The other draw of the day was signed between Fabiano Caruana and Vladimir Kramnik. The Russian showed yet again how impenetrable his Berlin Wall is. Caruana went for a very sharp line but could not avoid Kramnik’s three-fold repetition on the 30th move. 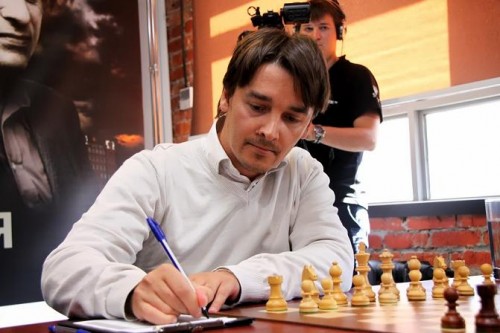 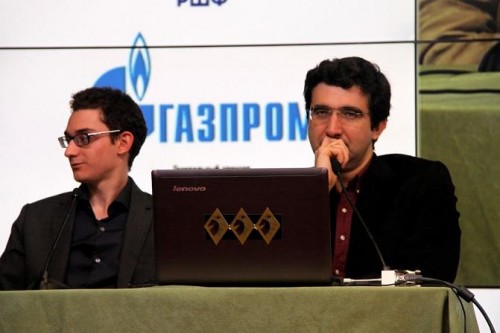