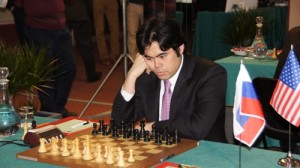 Hikaru Nakamura, the first rated player in United States, signed a contract with private company Silence Therapeutics, a leader in the discovery, development and delivery of novel RNA interference (RNAi) therapeutics for the treatment of serious diseases.

London, 11 June 2013, Silence Therapeutics is delighted to announce it has signed a sponsorship deal with Grandmaster (GM) Hikaru Nakamura, who is also the number 5 chess player in the world.

GM Hikaru Nakamura, 25, was born in Hirakata, Osaka Prefecture, Japan, to a Japanese father and an American mother. At the age of two, he moved with his mother and older brother to the United States. He began playing chess prior to the age of five and was coached by his Sri Lankan stepfather, FIDE Master and renowned chess author and teacher Sunil Weeramantry.

Hikaru’s January 2011 triumph in winning the prestigious Tata Steel Invitational in Wijk-aan-Zee, the Netherlands, ahead of the four highest ranked players in the world was hailed by none other than the legendary Garry Kasparov as “the best result by an American since 1895.” He is widely regarded as America’s best hope of regaining the title of World Champion once held by the great Bobby Fischer.

Since earning his grandmaster title at a younger age than Fischer, Hikaru’s innovative and uncompromising style has delighted numerous fans around the world. A regular participant in the most elite chess tournaments around the world, he has posted victories against the reigning World Champion, GM Viswanathan Anand of India, and his predecessor, former World Champion, GM Vladimir Kramnik of Russia.

Hikaru is universally recognized as one of the world’s best “blitz” players and, arguably, the very best at “bullet” chess. He defeated the current world No. 1, GM Magnus Carlsen, in a four game match in the finals of the BNBank Blitz Challenge in Oslo in November 2009. Hikaru is also the unofficial world champion at Chess 960 having earned that honour by defeating the current world No. 2, GM Levon Aronian, in the finals of the Mainz Chess Classic in July 2009. Hikaru is a three-time United States Chess Champion, winning the title in 2005, 2009 and 2012. 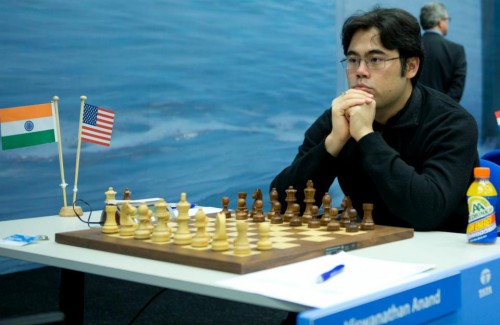 Commenting on the partnership, Hikaru said:
“I am honoured to be associated with such an innovative company as Silence Therapeutics . Our partnership is a perfect fit as the human genome and chess share infinite complexities.

I am excited to work with a company that has the potential to make such a big difference to the outcome of serious diseases.”

Silence chief executive Ali Mortazavi said: “Silence Therapeutics is delighted to collaborate with Hikaru in his quest to become the world chess champion. We are proud to be associated with a player who is world renowned for his uncompromising and flamboyant style of chess. Hikaru will be attending our R&D day, currently scheduled for November 2013 where participants will have the opportunity to meet and challenge him.”