The president of the Namibian Chess Federation Otto Nakapunda yesterday said in an interview that everything was moving well in the African Individual Chess Championships currently underway in Namibia.

“On behalf of all Namibians, I look forward to all chess players’ valued presence at this premier continental chess event. There are many stellar names and it is not easy to tell who will win,” observed Nakapunda during a tea break.

Nakapunda, who had assured this reporter that all was set for the continental showpiece prior to its beginning, has managed to deliver on his word in coordinating a well organised event, which has prestige as much as it has lucrative prizes. 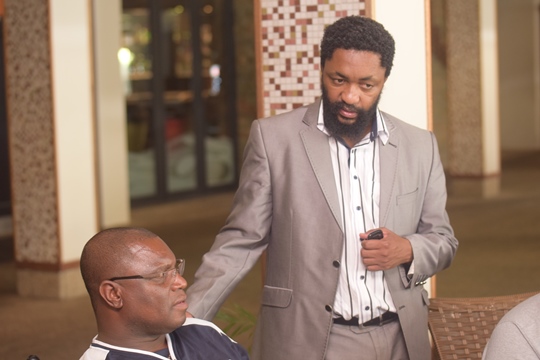 Otto Nakapunda (standing) speaking to the Director of Sports in Namibia

The 2014 African Individual Championship is being held at the Safari Court Hotel & Conference Centre, in Windhoek, Namibia, from December 13th to December 22nd.

“On behalf of the African Chess Confederation, I would like to pay tribute to the Namibian Chess Federation for the work they have put in to make this tournament come to fruition. Our host venue Safari Court and Safari Hotel is not new to international chess activities,” revealed Ncube.

“Earlier this year, we were here for the Zone 4.3 Individual Chess Championships and I was pleased with the service and the atmosphere that prevailed for our royal game. Going back in time, in 2007, the African Individual Chess Championships were also held here. Once again, we had a successful event which I am sure most of our players remember well. To the sponsors who have made this event realizable and the management of Safari Court and Safari Hotel, I would like to express our gratitude for the partnership that has evolved over the last few years.” 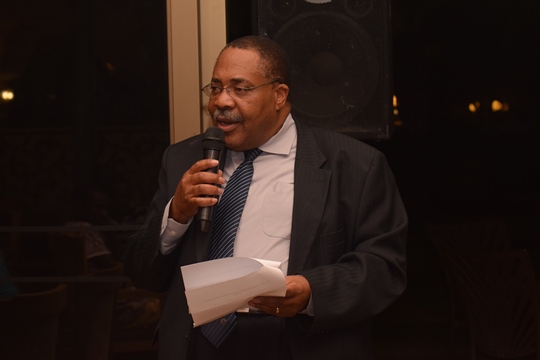 It is a 9 round event which is using FIDE rules and swiss system for pairing and it features the creme-dela-creme as well as the Who’s Who of African chess.

The Championships is also a qualification event for the 2015 African Chess Confederation Grand Prix Circuit. The top three placed players in each section will qualify for the 2015 Grand Prix which will be a six-event series with the first event tentatively scheduled for early 2015 in South Africa.