The 17th International Neckar Open 2013 is taking place from March 28th to April 1st at the Public Hall and the Gymnasium in the city of Deizisau, Germany.

The event has three tournaments that will be played simultaneously. Only the Open A is FIDE rated, the B and C opens are rated by the DWZ (German Chess Federation).

The tournaments are 9 rounds Swiss opens with 2h for 40 moves + 0,5h for the rest of the game.

After three rounds, 19 players still have perfect scores and share the lead. A total of 350 players have signed up to participate. 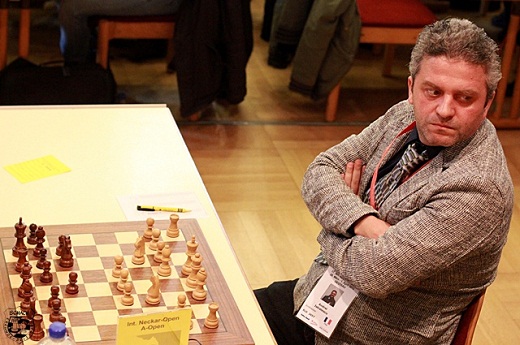 GM Andrei Istratescu during the third round