The World Blitz Chess Championship 2013 has started on 9th June in Khanty-Mansiysk. The format of this championship is 3 minutes for the game plus 2 additional seconds per move.

The Ugra Chess Federation President Vasily Filipenko made the first symbolic move on the board with Ildar Khairullin vs the representative of Azerbaijan Shakhriyar Mamedyarov who won the title of the World Rapid Chess Champion one day before. Mr. Filipenko played 1.d2-d4. 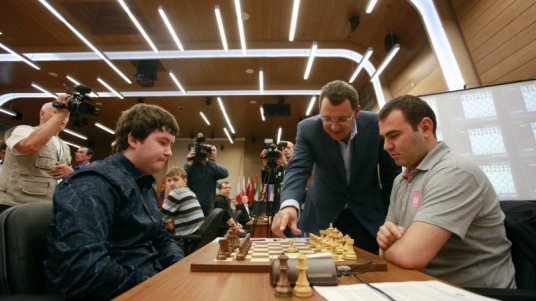 The participants had 8 rounds (16 games) in the first day of the championship. As a result Ian Nepomniachtchi (Russia) and Le Quang Liem (Vietnam) took the lead after day 1. Both of the Grandmasters gained 12 points each. In the direct encounter in Round 8 the Vietnamese chess player won 1.5-0.5.

Ruslan Ponomariov (Ukraine) is on the third position with 11,5 points after 8 rounds. 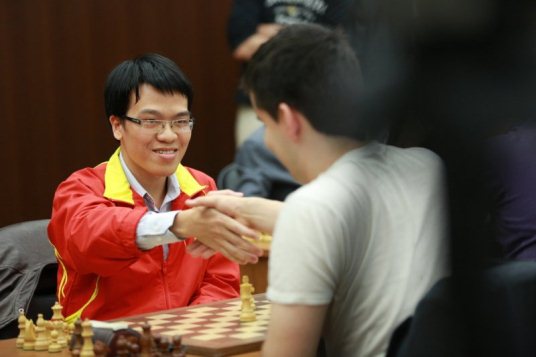 The participants will have another 7 rounds (14 games) in the second day of the championship on 10th of June.

The World Blitz Championship takes place for two days: 9 and 10 June. The players will play 30 games in total. The tournament is held per Swiss system in 15 paired games.

The prize fund of the tournament is 200 thousand US dollars.

The Award Ceremony of the prize winners and medalists will be held at 19.30 (local time), on 10th June in the Cultural and Entertainment Centre “Oktyabr”. 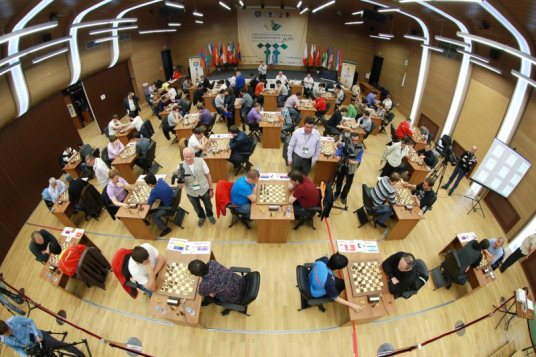