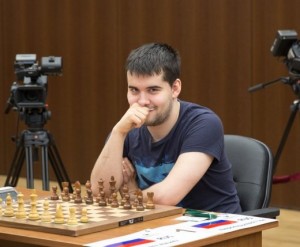 The second day of the FIDE World Rapid and Blitz Chess Championships in Khanty-Mansiysk was marked by the confident play of Ian Nepomniachtchi. The Russian Grandmaster scored 4.5 points at the five games played on the second day, the same result he obtained during the first five rounds. Therefore, he is on top of the standings. Nepomniachtchi is on 9/10 before the last day of rapid chess. The closest competitors – Ildar Khayrullin (Russia) and Ivan Cheparinov (Bulgaria) – are two points behind him.

Nepomniachtchi started the second day with a victory over his compatriot Alexei Dreev. He continued his victorious march with wins over Shakhriyar Mamedyarov (Azerbaijan), Boris Grachev (Russia) and Le Quang Liem (Vietnam). The only half point he lost was seen in his game against Dmitry Andreikin.

The famous Russian commentator GM Sergey Shipov said the following regarding the successful start of the young Russian:

“Ian is lucky at the tournament to have three positive factors combined in his favor. He is in great shape himself. Besides, his main competitors are not showing their best performance, due to different reasons: Grischuk is keeping secrets in his openings, Ponomariov is not in the best health state, and Dreev is not young anymore to cope with the tough tournament. I was expecting more from Andreikin, but maybe he did not force his preparation as he has a more important tournament ahead – the Tal Memorial“.

“Ian found the right balance between light and deep game. This is very important in rapid chess, where you don’t have the possibility to sink into the depth of the game. He plays very quickly and thinks deeply only in the critical moments”.

“In recent years, Nepomniachtchi was not so successful, but he worked hard and, sooner or later, the result has to come. In my opinion, he has a great chance to win two golden medals, but let’s see what happens”.

Ivan Cheparinov had an undefeated day in Khanty-Mansiysk. He won two games with white, over Alexei Dreev and Vladimir Akopian, and drew the rest of his games. Given Nepomniachtchi’s performance, it will be very hard for the Bulgarian to catch the leader going into the last day with a disadvantage of two points. Full standings below

The final five rounds of the World Rapid Chess Championship will be held on Saturday, June 8 at 3 p.m. local time. 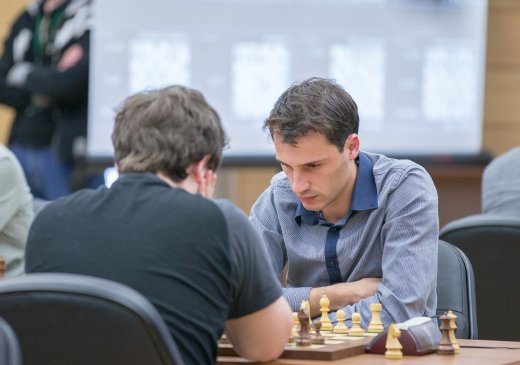 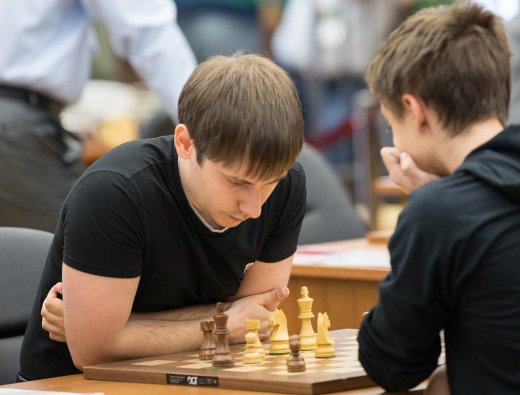 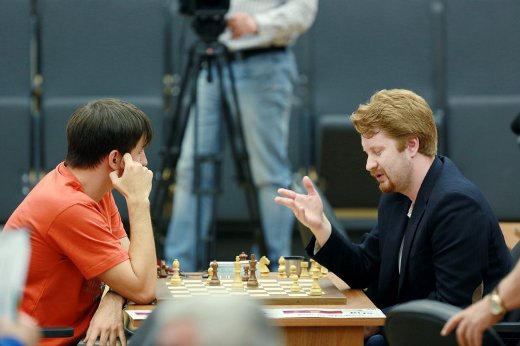 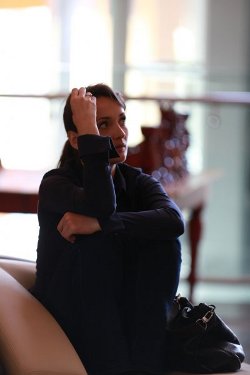